How Much Is The Average Weekly Grocery Bill In New Zealand? 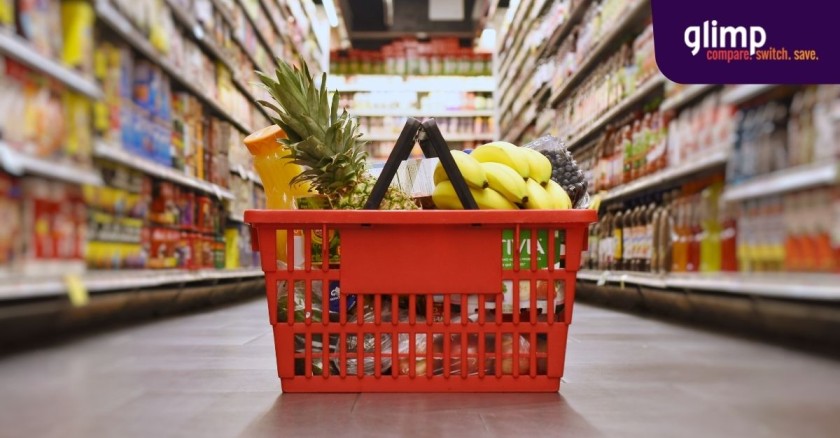 The average grocery bill in New Zealand is one of the most expensive in the world. Among the OECD countries, we ranked the sixth most expensive. This can get even more expensive depending on the city or town you live in.

That’s why setting a budget for food, personal care, and household products is very important. This way, you keep your grocery spending in check, so you won’t go over budget easily. Now it's to important to ask, just how much is the average grocery spending in New Zealand?

Note: All prices are indicated in NZD unless otherwise stated. Prices are only estimates.

How much does the average NZ family spend on groceries?

The average grocery spending varies depending on how many people are in the household. It also depends on where you’re located. For urban areas like Auckland, Waikato and Bay of Plenty, Wellington, as well as cities in North and South Island, expect pricier average spending on groceries compared to rural towns.

Generally, groceries in New Zealand include items such as:

While alcohol, tobacco, and medicine can be considered groceries for some people, they’re not often categorised as food and grocery. Beverages, restaurant meals, and takeaways are sometimes not considered as grocery as well.

How much should a one-person household spend on groceries a week?

According to Stats NZ, a one-person household spends at least $66.20 per week on food, excluding beverages and restaurant meals. However, this is simply the bare minimum, without considering the nutritional value of the meal.

The Department of Human Nutrition at the University of Otago released an estimate that a single woman needs to spend at least $59 per week, while a single man needs an average of $69.25 per week.

How much should a two-person household spend on groceries a week?

Couples or single Kiwis with one dependent spend around $137.60 per week on groceries, excluding beverages and restaurant meals. While this is the general average, it’s a bit more complicated because it varies greatly if your dependent is an adult or a child.

To supply the right nutrition, two adults (one man and one woman) have to spend an average of $128.58 per week. For two adult women living together, this sums up to about $138.50 per week, while $118 per week for two adult men. On average, your weekly grocery spending should be lower if the dependent is a child as they generally eat less compared to adults.

How much should a three-person household spend on groceries a week?

For a household of 3 people, estimates reveal that you need at least $182.40 per week on food, excluding beverages and restaurant meals. For more flexible grocery shopping, allocate around $200 per week for a more balanced diet.

However, a household of 3 needs at least $192.37 per week, based on the basic dietary and nutritional needs of adult men and women. This weekly budget should be more than enough if one or two of your dependents is a child.

How much should a four-person household spend on groceries per week?

For a four-person household, $208.50 per week should be more than enough. This is far more affordable than what the Department of Human Nutrition at the University of Otago recommends for getting the basic dietary and nutritional needs for a family of 4 that consist of children.

The department estimates an average grocery bill of $216 per week for two adults, one 10-year old, and one 4-year old. A more comfortable grocery spending averages at $275.50 - 330.50 per week, depending on the produce and seasonal products.

How much is the average weekly grocery bill in major NZ regions?

As mentioned, you may have to spend more depending on where you live. Inland Revenue has released House Expenditure Guide in August 2020, showing the estimated grocery spending of households in major urban regions and rural areas. This is based on the Household Economic Survey 2019 by Stats NZ.

*Includes regions such as Northland, Gisborne, Hawke’s Bay, Taranaki and Manawatu-Whanganui
**Includes all minor and major urban areas with less than 10,000 people

What can you do to save on your grocery bills?

Saving on your groceries is easier said than done, especially in rapidly rising prices in New Zealand. But, it’s not impossible! With simple tips and tricks up your sleeve, you can save big time and lower down your average grocery bill.

Don’t simply come to the grocery store without a list. Otherwise, you may end up buying items that you don’t need. Sometimes, you even forget to check out the items that you originally intended to buy! That’s why before shopping, complete a grocery list.

Do a regular pantry raid

It’s a tendency to simply buy the items that you can’t easily find on your counter or cupboard. By raiding your pantry, you may discover that you actually have some of the stuff you need! Regularly organising your pantry prevents you from stocking expired items, too.

When you purchase non-perishable items, it’s better to buy them in bulk and simply stock them at your home. Most of the time, grocery stores charge more when you purchase in small portions compared to buying large quantities. Talk about long term savings.

Save on your other expenses too!

Now that you know how expensive the average grocery bill in New Zealand can be, it’s time to save more on your other expenses, too. Get the best deal on your utilities using our comparison tool, right here at glimp.