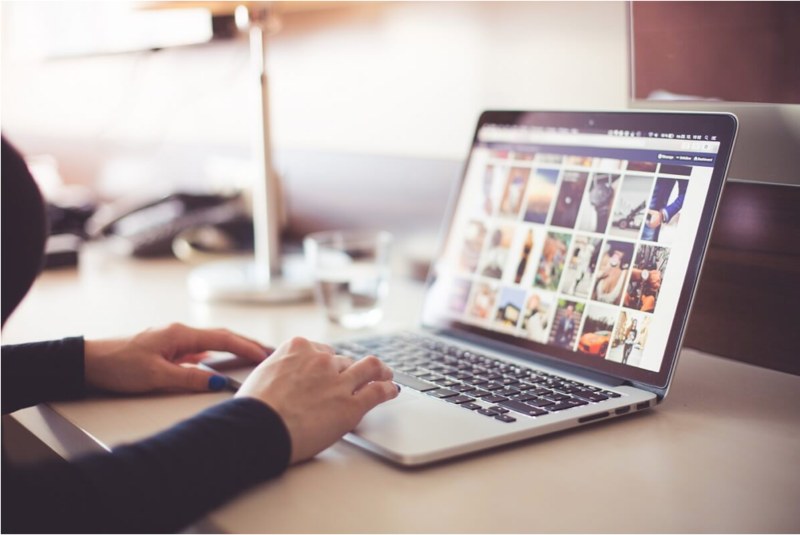 If you’re not on an unlimited broadband plan, going over your internet usage for the month can be a real pain. There’s nothing worse than getting your broadband speed capped. There are studies that have been done to prove that slow internet causes people stress!

We live in a world now where our attention spans are more limited so we struggle to deal with slow things like non-responsive internet and slow internet connections. There’s nothing worse than when you’re trying to watch your favourite TV show online and it buffers, or when you’re trying to game and there’s lagging.

Furthermore, if you are with a provider that charges you for going over your allocated broadband plan, then your monthly bill is going to be a serious problem.

What is internet bandwidth?

Before we delve into what activities are using up the most bandwidth, you should first understand what bandwidth is and how it’s used up. Bandwidth is the maximum data transfer rate of an internet connection and measures how much data can be sent in a specific period of time.

Check out the most common activities that are eating up your broadband plan.

Netflix is one of the biggest bandwidth hogs for many households. It’s also the most popular media sharing platform to date, with their wide range of TV shows, movies and documentaries to choose from.  How many of us have binge watched an entire TV show in one weekend?

We are all guilty of it and if you live with others that share the same account, you can bet they’re doing the same. It’s also common for multiple people in a household to share one Netflix account so that they can share the cost. What this means is, is that each household is likely to have more than just one person using Netflix.

If you factor in high-quality video resolutions such as 1080P and 2K, then that is a large chunk of your bandwidth going towards YouTube. It’s so popular to use because it’s free! So there’s nothing really to stop you using it, except the massive amount of bandwidth it consumes.

We all love to play our favourite songs and albums when we cook or just chill around the house. If you are streaming a song in the best quality, you are consuming roughly 2.40MB per minute.

There are options to reduce the sound quality but over time it can add up to some big numbers. It’s the same story for downloading music on Spotify, which consumes a lot of bandwidth.

Some of us may not think twice about this but syncing your Dropbox or any files to the cloud can take up a large amount of your bandwidth.

It happens automatically so it’s not something that comes to mind. You can adjust the settings to restrict the amount of bandwidth that is being used up every month.

Video calling applications such as Skype or Facetime take up a lot of bandwidth every month. A 30 minute Skype call can use up to 650MB!

If you or someone you live with use video calling frequently, this could be one of the top reasons you use all of your bandwidth every month. While being able to see the person’s face through the call is nice, one way to avoid using the bandwidth so much is to turn off the video and just do a regular call.

Social media apps such as Facebook can use a lot of data depending on what you do. If you are scrolling through your feed and watching videos, this can be one of the many reasons why you are going over your monthly plan.

Torrenting your favourite TV shows can be one of the largest bandwidth hogs for your home.  One high-quality episode can take up to 1GB off your monthly data usage.

Automatic or compulsory updates for your phones, tablets or video game consoles can take up a large amount of data every month.

Especially if you have plenty of devices between everyone at your home. The average person owns at least 3 devices so that can take up plenty of bandwidth.

The average person spends roughly 48 hours browsing the web, which can equate to around 7GB per month for every person. Multiply that by the number of people that live with you and that really adds up at the end of the month.

Unsecured Wi-Fi can be also be a big culprit. Nowadays, most modems have a secure set password but it’s still worth checking or updating your password if it is something generic such as Password123. You don’t want other people accessing your Wi-Fi and using up your bandwidth.

There you have it! These are some of the most common activities that can take up the most bandwidth every month.

Every household is different so some of these activities may be more relevant and others not so much. If you have broadband speed or prices on your mind, check out our broadband comparison tool to see which broadband providers are best for your needs. If you’re using a lot of bandwidth, then you need to make sure that you’ve got the right internet plan. Perhaps you’re looking for a no contract broadband plan for your home, or just the best deal. Compare our best broadband prices here.

How to monitor your bandwidth

Now that you know which activities are using up the most bandwidth, it might be useful to know how to monitor your bandwidth, so that you can make sure you’re not exceeding the cap.  There are several ways you can do this. First of all, there are different computer apps that you can download such as GlassWire, which is a firewall application that is fantastic at monitoring your bandwidth usage. These applications can show you what exactly is using up so much bandwidth, whether it’s your Netflix usage, Facebook usage or online gaming.

If you have Windows 8 on your computer, then you can also use this to track bandwidth. This feature was originally put in to track mobile data usage and tethering but you can just mark your home internet connection as a metered connection in order to track the usage. The only downsides are that it only works with Windows 8 computers and it only tracks the usage of one computer. This means it won’t take into account your smartphone usage or any other household members’ either.  You can also monitor bandwidth usage through your router too. Monitoring bandwidth through a router, solves the issue of other methods, which is that you can only monitor the usage of one device.

Routers take into account the data of every device that is connected to that router and internet connection, meaning it can track the bandwidth of every device. Contact us now to know more.