Top 10 Cities With The Fastest 5G Speeds: How Does New Zealand Compare? 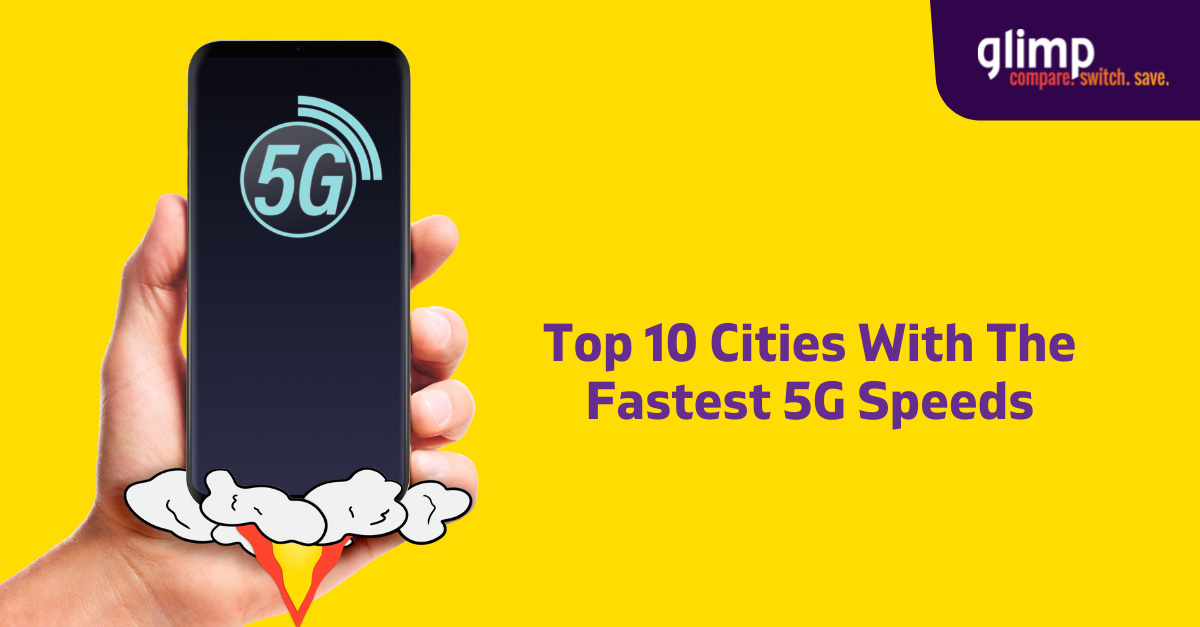 From up north in Helsinki, Finland to down south in Dunedin, New Zealand, almost every major city around the world is getting connected to 5G! More than 10x faster than its predecessor, it promises faster internet, lower latency, and a more stable connection.

Leading NZ providers such as Vodafone, Skinny, and Spark are pioneering the rollout in major urban areas in the country. Residents of Auckland, Christchurch, Dunedin, and Queenstown now experience 5G connectivity, especially around downtown areas. Sooner, more cities and even rural areas can connect to this next-generation mobile network.

While these initiatives and actions are great, how do these actually compare against other 5G-connected cities around the world? Are these living up to par with the global standards? Here are the top 10 cities with the fastest 5G speeds, according to OpenSignal as of April 2021.

Read: 5G in New Zealand: What You Need To Know

Short of 200kms away from the capital Seoul, Jeonju has the fastest 5G speeds in the world! It has a download speed of 415.6Mbps, which is more than 10x faster than the average 4G speeds in South Korea. The city experiences an average upload speed of 21.3Mbps.

Despite being only the 7th largest city by population in Taiwan, Hsinchu City has the second-fastest 5G speeds in the world. It has an average download speed of 360.1Mbps and an upload speed of 41.0Mbps.

Riyadh is the first capital city with the fastest 5G speeds on this list. It experiences an average download speed of 317.3Mbps and an upload speed of 27.0Mbps. This is more than a 38% increase from the national average of 229.8Mbps.

The largest city in the UAE, Dubai, has an average download speed of 285.4Mbps and an upload speed of 25.5Mbps. Overall, the country has experienced a 6.1% increase improvement against 4G connectivity, with 13.1% availability most of the time.

It may come as a big surprise that a mega-city such as Tokyo — with a population of more than 37 million — has fast 5G speeds. In most of the city, 5G networks have an average download speed of 277.5Mbps and an upload speed of 21.9Mbps.

Melbourne is the first country in the Southern Hemisphere to be on this list! It beat some of the most well-connected cities in the region like Sydney and Auckland. The city experiences 257.6Mbps and 19.3Mbps average download and upload speeds respectively.

Zurich, Switzerland takes the cake with the fastest 5G speeds in Europe. Aside from having a fast average download speed of 245.1Mbps, the city has the fastest upload speeds of 48.3Mbps on this list.

Another capital city to be included on this list is Dublin, Ireland. It has an average download speed of 194.0Mbps and an upload speed of 20.2Mbps. It outranked other bigger urban centres in the region such as London and Edinburgh when it comes to 5G.

As a major tourist destination in Spain, Barcelona can connect residents and travellers to their ultra-fast 5G networks! The city has an average download speed of 188.8Mbps and an upload speed of 24.3Mbps.

Another popular tourist destination on this list is Calgary. It’s a favourite winter destination for locals and travellers alike. It has download and upload speeds of 184.1Mbps and 22.3Mbps respectively. It outranked other major population centres in Canada including Toronto, Montreal, and Vancouver.

Where do NZ cities rank when it comes to 5G?

According to the several testings of Vodafone, 5G speed in New Zealand can reach beyond 1Gbps at optimum conditions. However, the current state of 5G networks in major cities is far from optimal. Although, leading mobile providers are doing their best to improve their services.

Some of the most notable improvements are building more 5G towers across New Zealand. More infrastructure is needed to support mass connectivity not only within major urban centres but in rural areas of the country as well.

Which cities in New Zealand can connect to 5G?

Top NZ providers have been rolling out 5G across different locations throughout New Zealand. Depending on the company, its availability may vary greatly. Check out some notable urban centres where 5G is available.

Does 5G in NZ have any adverse effects?

It’s been debunked by the Ministry of Health so many times  — 5G in New Zealand isn’t harmful to you or your loved ones! Unlike earlier beliefs, 5G connectivity doesn’t cause COVID-19. Just like previous mobile connection generations, it’s a radio wave that connects your mobile device to the internet.

No country has banned the rolling out of 5G towers because there’s no scientific evidence of adverse effects of 5G. If your area can take advantage of this next-generation network, you don’t have to worry about it negatively affecting your health.

How can you connect to 5G in NZ?

You need a 5G-capable mobile phone. Unless your device can receive 5G signals, you won’t get to fully take advantage of this advanced network. Fortunately, plenty of mobile phones from different manufacturers that can connect to 5G are available in the market. Some of the most popular ones include:

What are the best 5G mobile plans in NZ?

Can your location connect to high-speed 5G? Get the best plan that matches your needs and lifestyle. Check out this quick list of the best 5G-ready plans from leading mobile providers in New Zealand.

If you don’t have a 5G-capable phone or it’s still not available in your area, there are always a wide range of options to choose from. Get the best mobile plan that suits your needs, budget, and lifestyle using glimp’s comparison tool.