The Future of Wireless Electricity In NZ 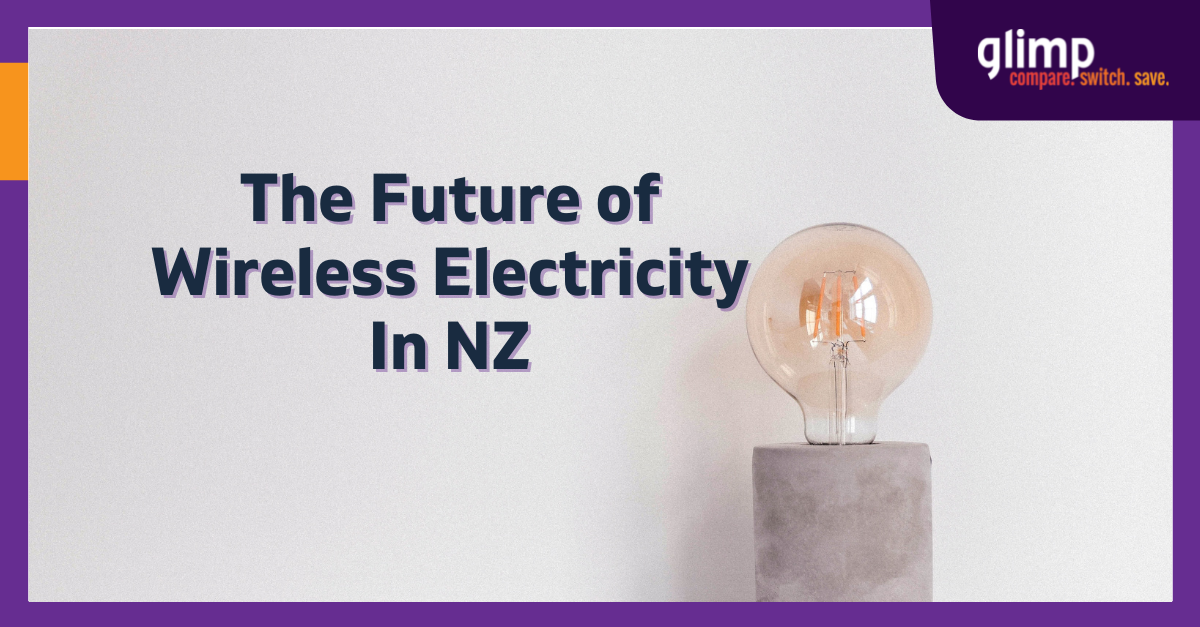 Could this be the end of copper lines? It looks like wireless electricity might become a reality soon in New Zealand as EMROD, a startup company, has developed a technology that allows wireless power transmission over long distances — a first in the world.

The idea of wireless electricity was first proposed by Nikola Tesla, who subsequently made headlines and won funding from JP Morgan to make it happen by building the first transmission tower. Unfortunately, Tesla's dream of placing towers worldwide to transmit power wirelessly didn't push through, and JP Morgan ended up pulling off his additional funding. In the end, they had to demolish the tower.

With the help of electromagnetic waves, wireless power transmission occurs over long distances through a vacuum and without the use of copper coils or any other physical hardware. All it needs is a transmitting antenna to deliver power and a receiving antenna to accept and turn it into electricity.

Greg Kushnir founded EMROD to find the best solution for lowering power distribution costs, support NZ's initiative on the use of renewable energy, and avoid power outages in the long run. Upon investigation, Kushnir was surprised to find out the lack of work done to push wireless electricity.

In cooperation with Callaghan Innovation, the prototype was designed and built in Auckland with the help of some funding from the NZ government.

The system has the following four components:

With the use of a transmitting antenna, it will turn power into microwave energy and will send it through a series of relay points until it reaches a rectenna. To make sure it's safe, EMROD keeps the power density low. The system also uses a net of lasers to detect obstructions and automatically shuts off transmission until the obstruction has moved on.

What are the advantages of wireless power transmission?

The world is rich in clean hydro, solar, and wind energy resources, and using traditional methods to deliver these energy recourses comes with costly challenges. According to Kushnir, WPT could help deliver energy from one place to another—especially to areas that need it the most—at much lower costs.

If pushed through, WPT can help increase the use of sustainable energy by up to 50%, reduce outages by up to 85%, and reduce electricity infrastructure costs by up 65%.

Powerco was the first to invest and try this technology, and they are expected to do some lab testings of the next prototype from EMROD. It's no surprise that Powerco was among the first to take a strong interest in the technology. The power distributor aims to find innovative ways to give power to their customers. With EMROD, they envision providing electricity in remote communities or areas where it's difficult to build power infrastructures and keep their customers' power even when they're conducting maintenance.

The current prototype can deliver a few kilowatts and transmits around 40 meters. It's expected to provide more with a bigger test facility.

WPT has the potential to power NZ rural areas and transmit energy from offshore wind farms, and help save money since there's no need to build physical infrastructure anymore. It requires less maintenance, and because it doesn't rely on physical infrastructure, it can be used to provide power during natural disasters.

Today, the company's prototype can send a few watts of energy over a short distance (about 130 feet), but for the Powerco project, they aim to make a bigger version. Ultimately, the goal is to transmit more power at a bigger distance in the future.

Is it better than the use of copper wire?

In terms of efficiency, there's always some loss in using copper wires, which distributors alleviate by increasing the voltage. While the loss isn't significant (around 15%), the use of WPT is definitely more economically viable. That's isn't to say that WPT should completely replace the use of copper wire. For Kushnir, the idea it's more about utilizing its features and efficiency in places that need it the most.

EMROD makes sure that the prototype is safe by going through a meticulous process to prove that the technology can be used on a larger scale. They are using a non-ionizing Industrial, Scientific and Medical frequency (ISM) band to deliver power and has been working with the Radio Spectrum Management (RSM), a business unit of the Ministry of Business responsible for managing the radio spectrum in New Zealand, to make sure that the prototype has the highest safety standards. This, according to Kushnir, has helped EMROD to develop safety guidelines for companies and distributors that will be using this technology.

When is the rollout date?

There's no specific rollout date yet as the company is still working with Powerco by doing lab testings on the second prototype, which is expected to last for months before doing a field trial.

Wireless energy can be the future of electricity, and while it's not being rolled out for public use yet, it's always a good practice to keep your current power source in check.

Use a comparison tool to check if there are better offers from leading NZ power providers than your current power plan, right here at glimp!