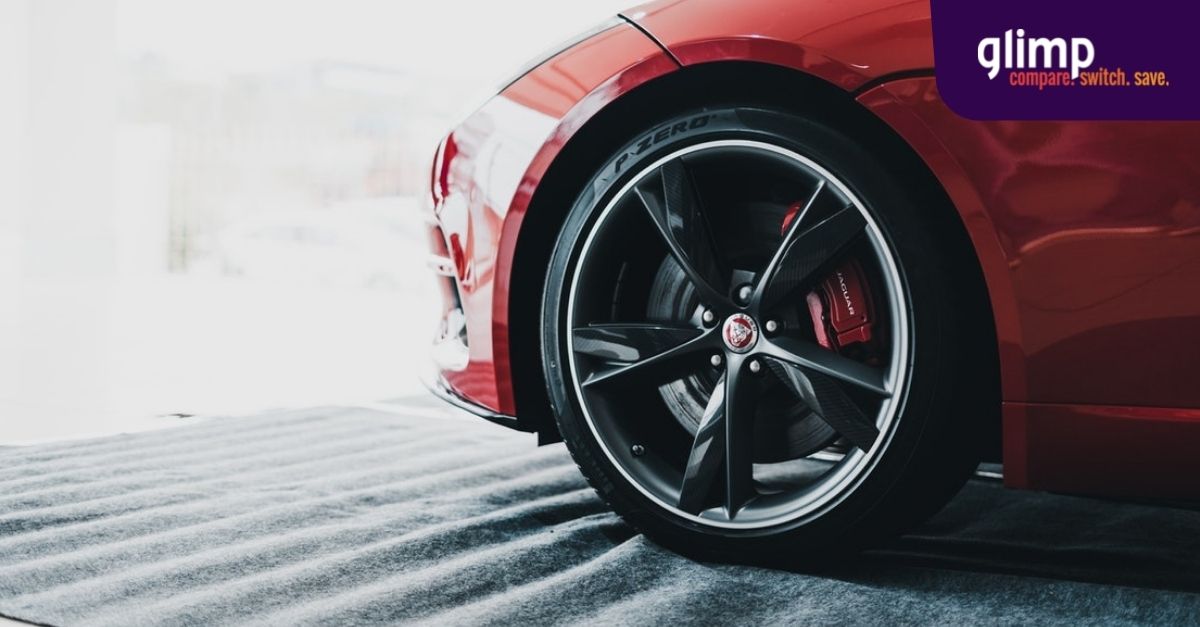 Here's your weekly dose of the latest news in the auto industry, in NZ and across the world.

The Tesla Model 3 has officially become the first EV to break into the top three best selling vehicles for the month, dethroning the popular Hilux from the spot.

The carmaker was able to avoid the effects of the supply shortage affecting other brands, with the Model 3 having 1066 registrations for September. They’ve also been able to deliver 241,300 EVs for the third quarter worldwide, even as the entire industry grappled with the global shortage of computer chips. The Model 3 Sedan managed to garner 232,025 sales, followed shortly by the Model S and Model X.

September was a particularly strong month for EVs and other similar vehicles. The Tesla Model 3’s success is particularly noteworthy as it is the first time an EV has broken into the top three, coming in second to the ever-popular Ford Ranger model. This also coincides with a bigger market shift where more full EVs were registered in a month than non plug-in hybrids.

Overall, vehicles with some sort of electric drivetrain make up around 21% of total sales.

In terms of vehicle types, Compact SUVs make up the biggest share of sales, followed by medium-sized SUVs and finally, utes.

Hybrids also remained rather dominant, with 1456 vehicles registered. Toyota, of course, remained dominant in this sector, with the RAV4 having 466 registrations. This is followed by the Toyota Corolla with 247 units and the Yaris Cross with 117 units.

This leads to a good month for Toyota overall, despite the Hilux’s drop from the top-selling list due to supply issues.

While utes remain ever-popular among many Kiwis in NZ, data from the MIA shows that year to date, at least 56% of sales have been dominated by small to medium-sized vehicles. Toyota remains the overall market leader, with an 18% market share thanks to their 2934 units.

Mitsubishi comes second, with a 13% share or 2176 units. Ford takes the third spot with 1870 unit registrations, translating to an 11% share.

The Model 3’s success is mostly attributed to the government’s Clean Car rebate scheme, which offers discounts for people buying an EV, though the rebate is only applicable to the entry-level Model 3. Nonetheless, the Standard Range Plus for the Model 3 shouldn’t cost interested buyers too much, costing only $58,275 with an additional $8,675 deducted as part of the rebate.

A recent Tik Tok challenge has seen many users of the app loosening or attempting to loosen the lug nuts on the cars of bystanders for fun. They choose a car, loosen the lug nuts, film the aftermath and post it on the app. While the challenge is supposedly done ‘for fun’, concerns are raised about how dangerous this can be. It is also illegal to do so.

Loosening another person’s lug nuts falls under vehicle tampering in most areas in the US, and people who partake in the challenge can receive jail time and a hefty fine to be paid to the owner of the car for any damages. US teachers have even voiced their concerns as more people return to school, due to many of these challenges being performed by the youth.

Interstate Towing in Chicopee, Massachusetts have gotten in touch with local news outlets, claiming that there’s been a spike in towing incidents related to the trending challenge.

“This is not a joke, people can get seriously hurt or die,” said Operations Manager Stephen Gonneville. “If a tire comes off and you’re driving at a highway speed bad things could happen. Somebody could hit a tree. Someone could hit a telephone pole, become maimed or fatally injured and it wouldn’t be good.”

For one, a victim of the prank in Massachusetts had a wheel fall off their vehicle while they were driving.

Gonneville states that their company at least has experience in fixing vehicles that fall victim to this dangerous challenge and that thankfully, there aren’t any that suffer a lot of serious consequences just yet. Nonetheless, it pays off to be quite vigilant. Always check your vehicles prior to driving to see if anything is off.

General Motors (GM) promises to double its revenue by 2030 by investing in an array of new EVs, more profitable gas-powered cars and trucks, and other services such as an electronic driving system.

The company also pledged to unseat Tesla and take over as the EV market share leader in the US, though, unlike their electrification plans, they haven’t given an exact time frame for when they can overtake the old market leader.

Included among the new products is a Chevrolet small SUV supposedly costing around US$30,000. They’ve also teased new electric trucks from Chevrolet and GMC, crossover SUVs from Buick, and even luxury vehicles from Cadillac. They also plan to reveal an electric Chevrolet Silverado pickup capable of going more than 600km per charge at the upcoming CES gadget show in January.

Having made US$122.5 billion in revenue for 2020, doubling that amount as promised would mean GM needs to earn something close to US$250 billion in 2030. CEO Mary Barra says that to do this, they will need to rake in more revenue from the new EVs being developed, and add it to the revenue they get from their internal combustion vehicle sales. In addition, GM also plans to raise cash from subscription services like their insurance, Onstar safety system, and their Cruise majority-owned autonomous vehicle subsidiary.

Ultra Cruise is also cited to be GM’s additional revenue source, offering an electronic hands-free driver-assist system capable of taking on 95% of driving tasks as per GM’s claims. This system is due to be implemented in select Cadillac luxury vehicles by 2023. The company described the system as a “virtually door-to-door hands-free driving experience”, using cameras, radar, and even laser sensors in order to follow navigation routes and speed limits. The new system can easily change lanes, obey traffic signals, and seamlessly turn on 3 million kilometres of roads in the US and Canada, as GM works on expanding to cover all paved roads in both countries.

But for now, GM will need to overtake the current leader, Tesla, who had just reported a record 72% increase in sales over the prior year, having sold 241,300 EVs thus far.

Nonetheless, GM does believe it has the potential to do so. The company is planning to spend US$35 billion in order to roll out more than 30 new battery vehicles by 2025. Barra is also confident in their upcoming charging infrastructure as well as changes to their existing factories and dealership networks.

“That’s why we believe that we’re going to attract those customers,” Barra mentions in a statement. “There’s a lot of things that we have that when we put our foot on the accelerator pedal, we can really move quite profitably.”

The Detroit automaker also plans to have more than of its North American and Chinese factories be EV-capable by 2030. Ultimately, they plan to exclusively sell their passenger vehicles as EVs by 2035.

Street Smart, a cognitive-based driver’s programme designed to “positively influence young Kiwi drivers across the country”, receives an additional lifeline with the help of a second presenting partner, Carter’s Tyre Services, coming on board the initiative. Carter’s is now the second lifeline supporting Street Smart after Skoda New Zealand signed up to partner with them. This is seen as a bright spot after the programme struggled after losing Holden, its original title supporter, as well as the losses caused by the Covid-19 pandemic.

The programme was originally a collaboration between Holden New Zealand, road safety researcher Peter Sheppard, and even Greg Murphy, Kiwi motor racing icon. It is aimed at helping young drivers develop good-decision making skills for staying safe on the road, which includes assessment, environmental awareness, resisting peer pressure, avoiding distractions, and careful planning. Street Smart also teaches basic skills during a ‘hands-on’ practical one-day event that provides younger drivers alongside their parents/caregivers the opportunity to practice and learn these skills in safe conditions under a controlled environment. Upon its launch, the programme had been experienced by 1600 drivers.

“We need to prepare our young drivers better than we generally do in order for them to be safer and more aware, and to help reduce some of the risks associated with being on our roads,” says Greg Murphy. “New Zealand drivers continue to make bad decisions which in many cases is just because they ‘don’t know’ that it is a bad decision. If you haven’t been told or learnt something, then how are you supposed to know?”

“The additional support from Carter’s Tyre Service will give access to the programme to hundreds more young Kiwi drivers.”

Carter’s Tyre Services founder and CEO, Garry Carter says “As one of New Zealand’s leading suppliers of vehicle tyres and having an in-depth knowledge of the pivotal role they play in vehicle safety, we recognise the importance of the Street Smart programme in helping to develop our young drivers, and in turn the benefit this brings for all road users.”

“We appreciate that potentially life saving programmes such as these do not come cheap, so are proud to lend not only our industry expertise but also our financial assistance to help subsidise the cost of delivering the programme and the subsequently the young drivers registration fees.”

Street Smart takes place during each school holiday in multiple locations across the country. The programme is limited to 30 drivers a day, so if you are interested in checking it out, you can check the dates and locations near you at www.streetsmart.nz.

There’s a good amount of good developments regarding technology in the automobile space. Having more efficient EVs, more charging stations, and better driver assistance programs. On the other hand, as we’ve seen in this new dangerous trend cropping up, some people still tend to engage in risky behaviour. It still pays to cover our bases whenever we head out on the road.

Enjoy your drive but be vigilant. Always take steps to stay safe and make sure your car insurance policy is comprehensive enough. You can use glimp’s FREE car insurance comparison tool to see the best options for you!