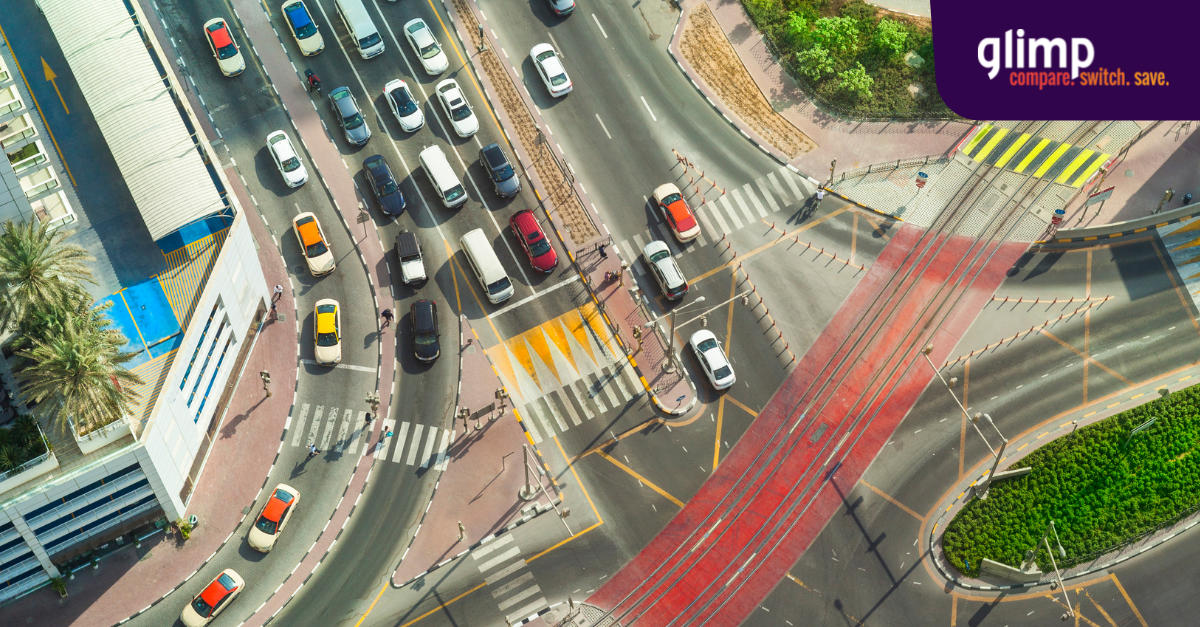 Ready to head out for your next trip? See the latest stories in the auto industry today! From more manufacturers shifting to a new plan to other developments in the country and abroad, you can get all the latest news in the writeup down below:

French carmaker Renault has set a target of cutting down the costs of its batteries by up to 60% as part of its push to accelerate their growth in the electric vehicle (EV) space. In addition to this, the brand also plans to lower the costs of their electric motors by 30% while making them a bit more compact.

“We’ll lead the energy transition and make electric cars very popular,” Chief Executive Officer Luca de Meo said upon presenting Renault’s updated EV strategy. As per this shift, the brand plans to have EVs account for up to 90% of all Renault-branded cars by the end of the decade, going as far as to conduct a gradual phase out of even its hybrid vehicles.

Renault, having suffered a record loss last year, plans to acquire a stake of a bit more than 20% in year-old, French startup Verkor for their high-performance power packs. The brand may also join a venture called ACC, spearheaded by rival Stellantis and TotalEnergies. This is all part of the automaker’s plans to secure batteries for its future vehicles which will be manufactured in France. China’s Envision Group had also agreed to spend as much as 2 billions Euros (NZ$3.4 billion) on their battery factory near Renault’s auto plant in Douai.

As far as automobiles go, Renault plans to revive the iconic and affordable ‘4L’ model, alongside remaking the Renault 5 into an EV, as a result of de Meo’s penchant for vintage. This remake will supposedly cost less than a third of its compact Zoe EV, according to a statement by the company.

One can remember that the company’s best-selling Zoe enabled the French company to blaze a trail in the EV space, despite the risk of it falling behind its rivals such as Germany’ Volkswagen, who has been recently rolling out a number of battery-powered cars fast.

As such, Renault plans to push their EVs into the more affordable category, pledging to lower the costs of battery packs to less than US$100 per kilowatt-hour in 2025, and even below US$80 per kilowatt-hour in 2030. According to BloombergNEF analyst James Frith, these targets “are in line with other Western automakers”. “They are also within the range that we would expect for volume production of EV batteries.”

ElectriCity, which will be capable of churning out 400,000 cars per year. With the French state itself acting as the brand’s most powerful shareholder, the brand is now feeling additional pressure to boost its production in order to preserve jobs and keep EV technology thriving in the country.

It might be possible to see even more affordable and more compact EVs in the near future.

Porsche may recall Taycan over sudden loss of power

Porsche may recall the Taycan sports sedan after complaints about sudden, unexpected losses of power, according to a report from Bloomberg. Nine Taycan drivers in the US have complained about their vehicles suddenly stalling and losing motive power earlier this year, with the National Highway and Traffic Safety Administration (NHTSA) taking notice. Six cars failed to restart after encountering the issue as well.

The NHTSA had also added that drivers did not receive any warning or error messages when the problem occurred.

According to the NHTSA’s Office of Defects Investigation has pointed to the auxiliary 12-volt battery, included with the vehicle’s 800-volt battery pack the vehicle uses as its power source. The office pointed to this component, saying that a loss of charge in this auxiliary battery “may deactivate the entire electrical system and prevent the vehicle from operation.”

Porsche is now expected to announce a recall in the coming days, with a possible software update being rolled out in the future which will supposedly help fix the issue.

Porsche New Zealand is currently awaiting information from the factory before conducting a local recall, with an official announcement expected in the coming days. Taycan sales in NZ so far have been quite healthy, with 68 units shifted for the year to May, especially when compared to the 28 911 units sold in the same period.

The ODI had also sent a letter to Volkswagen, requesting information regarding the Audi e-tron GT and RS e-tron GT, since these EVs share the same similar battery architecture as the Taycan, possibly making them susceptible to the same problem.

Bad news for people waiting for an opening date for one of NZ’s most anticipated pieces of road; the $607 million Hamilton bypass section of the Waikato Expressway. Waka Kotahi New Zealand Transport has recently confirmed that the highway’s completion date has been pushed back to mid-2022.

According to Waka Kotahi’s Infrastructure Delivery Regional Manager Jo Wilton, “challenging ground conditions” have been the biggest obstacle and reason for the delay.

“We also recently discovered peat on Resolution Drive Extension which will need to be dug out and replaced with an engineered fill to minimise settlement of the road,” Ms Wilton explained. “This means it will take longer to finish the Hamilton section than originally planned and it’s now expected to open in mid-2022. Waka Kotahi is working closely with the project contractors to ensure this key transport corridor is completed as quickly as possible, while ensuring the work meets our quality and safety standards and expectations.”

Wilton has also noted that the update timeframe can also increase the likelihood that the key connection of Hamilton City Council’s link to the Ruakura Interchange, will be completed around the same time as the opening for the Hamilton section, which falls in line with the agency's plans.

“Our preference is to open the Hamilton section as a complete package, including all connections, and we will continue to work closely with our partners to align timings as much as possible.”

Aside from moving the completion date, the updated release plans also talked about adjusting the proposed speed limit for the Hamilton section, consulting with stakeholders and the general public to settle on a 110 km/h speed limit across the Waikato Expressway.

The clean car rebate could get accredited safety ratings agency, the Australasian New Car Assessment Programme (ANCAP), to prioritize NZ first, as a result of the sudden rush of EV buyers as a result of the Clean Car Discount. Among the eligibility criteria required to get NZ$8625 for full electrics and $5750 for plug-in hybrids, is a crash test rating of at least three stars.

The challenge comes in some incoming products that could fulfill the requirement but hasn’t been extensively tested by the organization just for the fact that the product may not be available in Australia. This is because the independent safety organization is funded by both NZ and Australia, resulting in priority recognition for both countries.

Even if distributors identified that the cars are eligible for the Clean Car Rebate on the grounds of its technology and pricing, they may not be qualified due to the lack of ANCAP testing. This is backed by the Motor Industry Association, which represents all new vehicle distributors, saying that this should have been taken up with Waka Kotahi for quick reconciliation.

Australia used to have priority when it comes to testing, with the agency assuming that everything sold there will eventually reach NZ as well. However, times are now changing with NZ moving ahead of Australia when it comes to bringing EVs to mass-market, even resulting in some models being sold in the country without necessarily being available across the Tasman.

This is apparent on three battery pure models that many NZ consumers have been interested in, with two coming from a more common brand. All three are signalled for release before the end of the year, with NZ acquiring the models faster than its neighbor — if Australia even gets them at all. The political will, at least at a federal level, to push this technology is just not as evident. Two of the cars have already received strong safety ratings from ANCAP’s sister organisation Euro NCAP.

The question now is whether or not it’s possible to achieve the rebate even without the ratings? MIA chief executive David Crawford, is seeking clarification on this.

“We are in talks with Waka Kotahi with expectation of achieving a workable solution.”

According to Crawford, should the proposition where the two markets eventually become less conjoined in their product choices, then ANCAP, might have to look at better ways to serve Kiwis since it does receive considerable funding from the country and the NZ Automobile Association, even if it’s primarily an Australian operation. With their alignment with Euro NCAP, ANCAP can sometimes certify European results in lieu of having to conduct its own tests.

Conceivably, this can be a solution for most common brand cars. As for cars that may not be tested by ANCAP, it may be possible to consider a certification from Euro NCAP to be of equal quality, without needing the Melbourne rubber stamp, as a positive step forward.

Another challenge comes with proposing other country’s test regimens such as China’s, Japan’s, and even North America’s, since they do not necessarily adhere to the NCAP formula.

As distributors are keen on making the most out of the opportunity to make more EV sales, the call for reconciliation with ANCAP becomes even more urgent. While the lack of the rating could disqualify a specific vehicle from being eligible for the rebake, this will not stop them from being made available for sale. It’s not rare for traditional petrol cars to release without an ANCAP test score but that approval can be a valuable advantage for many mainstream brands.

While the rebates do experience some challenges, it can be reassuring to hear that many organizations are still finding ways to work around it and make it more accessible to users and manufacturers alike. With many more manufacturers leaning into a more sustainable model, we may be able to see even more innovations that can smoothen out EVs problems while helping drive the costs down.

Nonetheless, everyone still needs to be careful when they drive, whether you’re using a traditional petrol vehicle or a brand new EV, it pays to have the proper protection. It pays to have a good car insurance policy on hand. glimp’s FREE car insurance comparison tool can be used to help you find the most competitive insurance deals, ensuring you get the most value out of your cover in NZ!