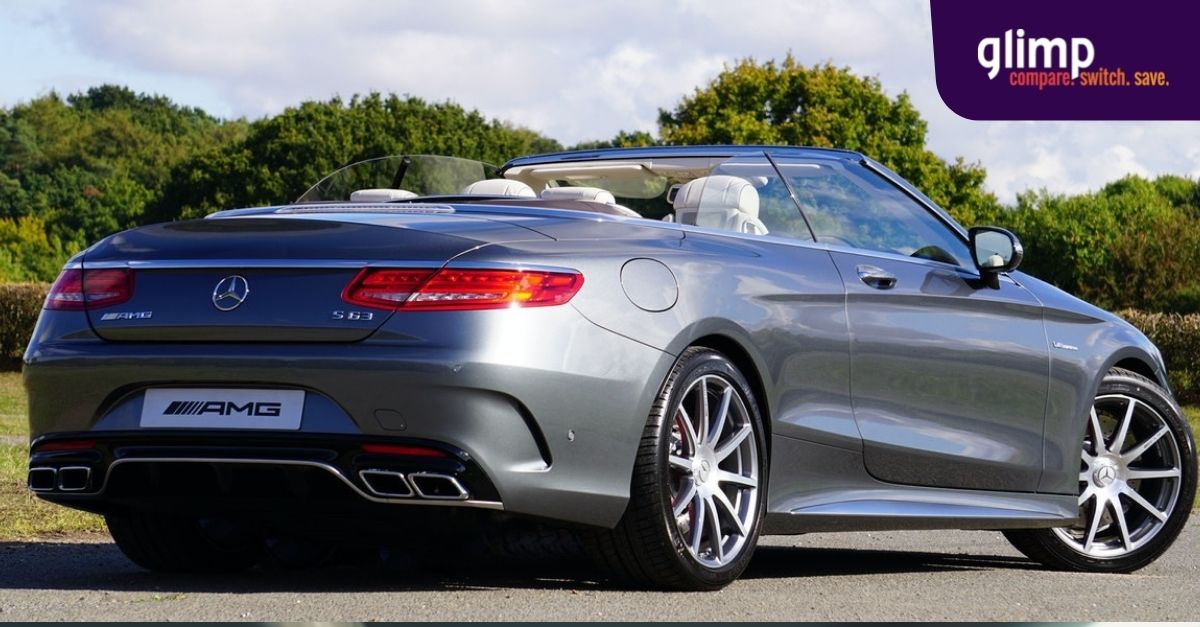 Read up on all the latest stories from the car industry not just NZ, but the world over. From a worsening chip shortage to a temporary delay in a new ‘tax’, catch up on the details below before heading out on your next drive.

As a result of the Covid-19 Delta variant, the so-called ‘ute tax’ has been delayed until April 1. This tax will supposedly see highly-polluting pickups like the ever-popular Toyota Hilux or Ford Ranger cost roughly $3,000 more to register for Kiwi roads, as a penalty under the Clean Car Discount Package.

According to Transport Minister Michael Wood, the delay will probably give the industry more time to adapt while the changes are still being discussed and are reliant on the legislation being passed. This Land Transport (Clean Vehicles) Amendment Bill looks to drive down transport emissions by discouraging the use of high-emitting vehicles like petrol utes while encouraging the use of EVs and plug-in alternatives.

The bill had already passed its first reading and was even key in delivering the Government’s Clean Car Package.

The move is meant to have NZ move quickly to be in pace with other countries and manufacturers shifting away from high-polluting petrol cars, stopping the country from becoming a dumping ground for manufacturers’ dirtiest vehicles.

Read: How To Find The Best Car Insurance In NZ

According to Wood though, the current Delta outbreak had put a pause to Parliament, leaving them unable to pass any legislation until recently, which also delays the so-called ‘ute tax’ in the country.

“It also helps bring us into line with most other countries in the OECD, which already have import emission standards.”

Wood has also gone on to say that the funding allocated for the Clean Car Discount in the 2021 budget would be enough to cover it until the new ‘ute tax’ is fully implemented.

“Clean Car Import Standard reporting will also begin later in 2022 and the full scheme will still come into force on January 1 2023.”

Read: Why Sign Up For A Car Insurance With Autosure NZ?

Opposition to the Delays

Greenpeace climate campaigner Amanda Larson however, found the delays to be quite disappointing, citing that transport is easily NZ’s fastest growing source of carbon emissions, as well as calling the sluggish progress on sustainability as a “symptom of politics”.

“It is really disappointing to hear that the next phase of the Clean Car Scheme - which has already seen so many delays - will be bumped once again.”

“When it comes to the climate crisis, you can’t negotiate with physics. There is no time for more excuses.”

Under the new standard, new EV buyers received a rebate of $8,625 when buying any EV under $80,000 including GST and on-road costs. Plug-in hybrids can also receive a discount of $5,750.

Minister of Climate Change James Shaw is hoping that the legislation could help NZ move towards cleaning up its light vehicle fleet. A committee should be able to report back in early February to finally discuss the remaining stages of the bill throughout the month.

On the other hand, Federated Farmers have previously objected to the additional fees for utes and other high-polluting vehicles. According to their spokesman Andrew Hoggard, the concern around the lack of suitable alternatives as well as a few extra months without the additional expense would not have much effect for the people who rely on these vehicles. He also said that the bill might only encourage even more ute purchases before any penalties kick in.

The ute tax was also the center of a recent farmer protests coordinated by Groundswell NZ. The organization is also currently planning another protest on November 21.

According to their statement, Ford believes that Redwood is capable of recovering around 95% of precious metals used in EV batteries such as nickel, cobalt, lithium, and copper, especially as Ford anticipates that as the world shifts towards EVs and combustion vehicles are slowly being phased out.

Both companies will be looking at ways to collaborate and to find a way to collect and disassemble used batteries from Ford’s EVs in order to recycle and remanufacture them. This partnership can help cut down battery costs since locally produced anode and cathode materials should cost less and reduce the reliance on imports by bringing production much closer to home.

The move is part of a bigger plan by Ford to invest over $30 billion in electrification by the end of 2025. Ford had also expressed plans to invest an additional $250 million in order to ramp up the production of their F-150 Lightning EV. The brand also has plans to produce EV batteries at BlueOvalSK plants in North America as another joint venture Ford plans alongside SK Innovation pending approval.

They’ve also announced that they will be building two more battery factories with SK Innovation around 2025 as Ford expects around 40% of its global sales to become fully electric by 2030.

Read: How To Reduce Your Fuel Consumption While Driving

Daimler AG’s Mercedes-Benz teams up with Stellantis and TotalEnergies in a joint European EV battery venture called Automotive Cells Company (ACC). Each company will hold a ⅓ stake in the venture from a supposed investment of over 7 billion Euros (NZ$ 11.7 billion). Together, ACC plans to increase the company’s industrial capacity to at least 120 gigawatt-hours by 2030.

Founded in 2020, ACC is looking to produce battery cells and modules for EVs, focusing on safety, performance, competitiveness, and a low carbon footprint. The partnership, which is subject to regulatory approval, can also help expand ACC to the US in the future. It will also be supported by subsidies and financed by equity and debit, according to a news release from Stellantis.

“We welcome Mercedes-Benz as a strategic partner who shares our ambition to accelerate ACC’s leadership,” says Stellantis CEO Carlos Tavares in a statement. “This consortium leverages our shared technical expertise and manufacturing synergies, and continues to ensure that Stellantis leads the way the world moves in the most efficient, affordable and sustainable way.”

On the other hand, Mercedes-Benz seeks to go all-electric with a need for more than 200 gigawatt-hours of production capacity. ACC’s battery technology will be useful for this transition which is expected to start mid-decade. According to Ola Källenius, CEO of Daimler and Mercedes-Benz in a statement “Mercedes-Benz pursues a very ambitious transformation plan and this investment marks a strategic milestone on our path to CO2 neutrality.”

“This new partnership allows us to secure supply, to take advantage of economies of scale, and to provide our customers with superior battery technology.”

Back in July, Mercedes-Benz also said that it will be stepping up its transition to electric cars, doubling the share of sales planned by 2025, forecasting a market scenario where new car sales will be “fully-electric” by the end of the decade.

Yann Vincent, CEO of ACC seems to be optimistic about the new partnership. “To have Mercedes-Benz join us as a new shareholder is a milestone for ACC,”

“Mercedes-Benz will bring a vote of confidence in our technology roadmap and product competitiveness that significantly strengthens ACC’s business potential and underpins our ambitious growth plans. This is our contribution to an electric and sustainable future.”

The semiconductor woes continue to hamper most automakers, with the cost of the semiconductor shortage ballooning by more than 90%, pushing the total hit to 2021 revenue to US$ 210 billion or NZ$ 297 billion. This is the latest forecast from global consulting firm AlixPartners, who also predicted that automakers may be forced to build 7.7 million fewer vehicles this year, which is double their original forecast of 3.9 million.

“The barrel is empty, there’s nothing left to scrape,” Dan Hearsch, managing director of AlixPartners automotive and industrial practice, says regarding the worsening chip stock, as automakers and other industries exhaust all available resources. “Going forward, sales will suffer. Sales hadn’t suffered because there was enough inventory to draw from. It’s not there anymore.”

The problem is also compounded by key supply centres in Southeast Asia needing to shut down some factories due to Covid-19 outbreaks, making it difficult to fulfill orders, with some even taking 21 weeks to do so. Executives say that manufacturers should expect the shortage to last for years more as a result.

Automakers have also been caught out due to vehicles using cheaper chips made with older production techniques for the vehicles’ micro-controlling units (MCUs). As a result, chip foundries have been focusing on higher-value chips for computers and smartphones.

Intel has been struggling to achieve a 7nm process while IBM is experimenting with 2nm technology. In addition, semiconductor giant TSMC announced that the company has achieved a 30% bump in MCU output back in July, with auto being way less than 5% of their total revenue for the first quarter of 2021. These changes may also explain why supplies might remain constrained, even up until 2023.

“It certainly feels like the most protracted supply shortage the industry has seen because it’s not over,” Hearsch says. “It’s certainly the most far-reaching. This is every place. This is everybody.”

This is technically AlixPartner’s third forecast regarding the financial impact of the shortage. They initially predicted the consequences by saying that it might cost the industry around US$ 61 billion last January, before lifting it up to US$ 110 billion in May. Hearsch can’t personally guarantee that there won’t be further upwards adjustments to the forecasts, given the tumultuous nature facing the industry.

“Frankly, it’s just not getting better,” Hearsh says. “People are adjusting to the fact that this is going to take much longer than we all thought.”

Add to that several incidents hampering chip manufacturers like acts of nature, fire, and of course, the Covid-19 pandemic, and you just have a recipe for unpredictability. Only time will tell how fast manufacturers can bounce back from this setup.

Some unfortunate, good, and even mixed developments are happening in the industry. A delay in the ute tax could be beneficial for those looking to use their older vehicles a bit longer. On the other hand, a lack of chip means vehicle supplies and manufacturing may be constrained a bit further which could heavily affect supply and demand.

So for now, take care and enjoy your drive. Make sure to always stay safe when out on the road so the car you have lasts longer. Of course, you may also want to renew your car insurance with a cheaper and possibly, even more comprehensive policy. Use glimp’s free car insurance comparison tool to see all the competitive options for your insurance today.