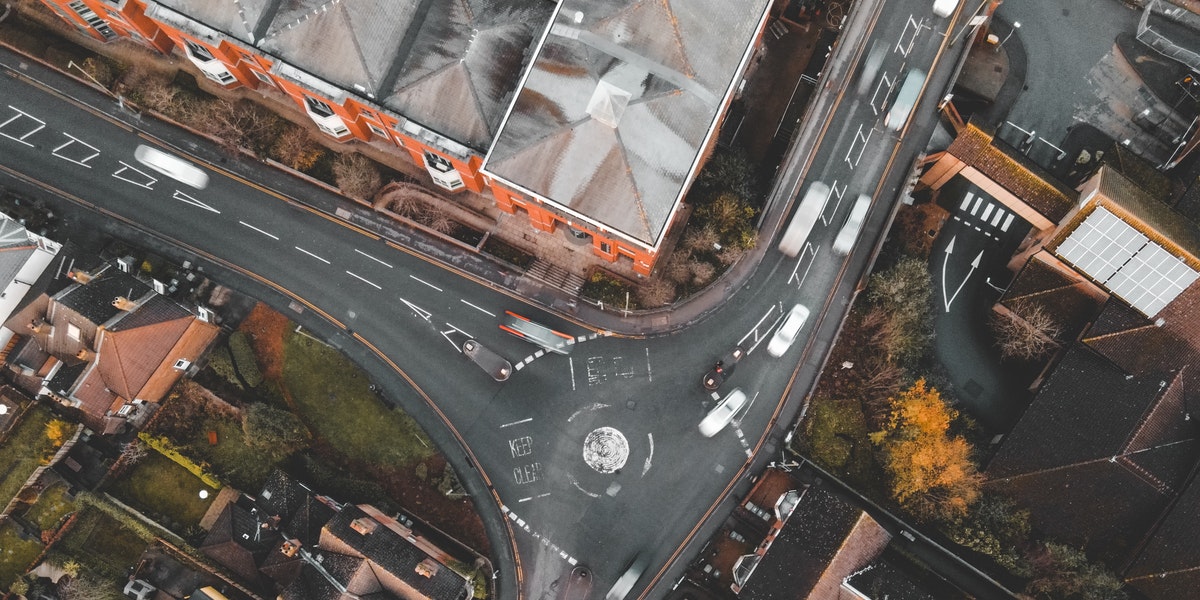 Ready for your next weekend drive? Take a quick read at the latest stories and developments in the motor vehicle industry. From legacy automobiles, to concerns regarding new technology adoption, see all the relevant updates below:

Volkswagen AG’s Herbert Diess is looking to change the conversation regarding the viability of legacy car makers in an age of EVs looking to dominate the market. A series of rapid-fire announcements from Diess has him proclaiming to dethrone Tesla’s Elon Musk as the Technoking of EVs, emboldened by the surge of Vokswagen’s stock by more than 70% this year.

This surge is pretty remarkable, especially after the big emissions scandal VW faced a little less than six years ago, with the company admitting to rigging millions of emissions tests to mask the inadequacy and dirtiness of their car’s diesel machines. The company had to pay more than US $30 billion in damage and settlements.

Volkswagen already has plans to develop even more battery-powered automobiles, even though it hasn’t been receiving enough credit for its efforts in that aspect. The change was mostly brought about thanks to the bullish reports the company received for its ID.3 hatchback, with many analysts noting the design to be a great challenger to the Tesla Model 3.

They also launched their “Power Day” event; a blatant copy of “Tesla’s Battery Day”. This event had Volkswagen promising to invest in more charging stations and build at least six battery factories so the brand also becomes known for their battery cell production. Their efforts in this regard seems to have paid off, after all the related Google searches and latest blog posts around the internet.

The conversation has now shifted to see how legacy and established car manufacturers can thrive in the face of competition from more ambitious startups. “The market is waking up to the transitions of legacy automakers” said Michael Deen of Bloomberg intelligence. “The companies are becoming worthy rivals to Tesla and effectively ending the U.S. monopoly on premium electric car sales.”

At least one CEO has already started following Volkswagen’s lead. A day after the brand’s EV-themed events, Oliver Zipse of BMW AG unveiled their plans for electrifying Ultimate Driving Machines, leading to a surge in BMW stocks.

If anything, the only question people now have is whether or not all of these would stick. The market can be quite fickle and there’s still a lot of work involved into turning these plans into reality. And of course, Volkswagen still needs some catching up with Tesla when it comes to the software department. Still, this should be a good boost in confidence for other established carmakers.

“Many in the industry questioned our approach,” Diess mentions last week. “Today they are following suit, while we are reaping the fruit.”

Volvo is working on introducing new driver monitoring systems in order to help reduce the major causes of road injuries and even deaths all over New Zealand. This technology will make use of different sensors and cameras to help identify intoxicated and distracted drivers, as well as automatic functions to help decrease vehicle speed when it’s near geofenced areas like schools.

Driving under the influence of drugs, distracted driving, and even speeding are all big contributing factors to the national road toll. Volvo New Zealand’s general manager, Ben Montgomery, said: “We also know that automotive safety technology has a significant role to play in reducing the rate of unnecessary deaths and injuries on our roads each year.”

Montgomery has gone on to say that geofencing technology that relies on 5G cellular networks will be instrumental in developing these adaptive technologies, especially the ability to reduce vehicle speeds in high risk areas like schools and hospitals.

“New vehicle safety systems can also play a part when it comes to addressing the impact of excessive speed on the road toll.”

Additional research from Waka Kotahi NZ Transport Agency based on 3,000 respondents have shown that at least 21% of Kiwi drivers experience difficulties staying awake during long trips in the past 12 months, with a third at least saying it’s unlikely for them to pull over and rest should they start feeling drowsy.

From the same study, 16% of drivers are also prone to using their mobile phones while driving, with a quarter admitting to texting and reading messages while driving behind the wheel in the past 12 months. 7% of drivers have also admitted to using social media apps at this time.

These factors are similar to data compiled by the Ministry of Transport regarding the main causes behind hundreds of fatal and non-fatal collisions each year, with speeding, intoxication, and distraction also coming out as the major contributors to the overall road incident toll.

Of course, the best prevention would still be to instill discipline among road users, reminding them to not drink, text, or use substances while driving. Still, having the necessary technology to assist people can be very beneficial in decreasing the number of incidents every year.

A shareholder lawsuit was filed last Thursday against electric truck startup company Lordstown Motors, claiming it has defrauded investors via its suspicious claims regarding the number of preordered trucks and the progress of production at a former General Motors plant in Ohio.

Shareholder Chris Rico was the one who filed the lawsuit at Lordstown Motors Corp in a federal court in Youngstown, seeking certification for a class-action complaint. The lawsuit details that it is largely based on the Hindenburg Research report that said Lordstown Motors “has no revenue and no sellable product” and has “misled investors on both its demand and production capabilities.”

The report detailed that documents, investors, business partners, and former employees have revealed that “the company’s orders are largely fictitious and used as a prop to raise capital and confer legitimacy”. This is a direct counter to the company’s claim that it had presold 100,000 trucks to different fleets in the US albeit, the orders are non-binding, according to the lawsuit.

The report said a recently announced US $735 million deal for an order for 14,000 trucks was made by a buyer who doesn’t even operate a driver fleet, only living in a small apartment building in Texas.

According to a former employee, estimated production is still three to four years away; far from Lordstown Motors CEO Steve Burn’s claims of starting production at September. Burns has confirmed that the company is under investigation by the US Securities and Exchange Commission (SEC) and that a special committee has been formed to “review matters” regarding the inquiry.

The company had already received negative publicity back in January, when one of their prototype vehicles caught fire just 10 minutes into its initial test drive.

While it supports the government’s plans to reduce carbon emissions, new vehicle importers are balking at the target deadline of 2025, saying this goal is impossible to achieve. Importers have also dismissed the government’s electric vehicle uptake forecasting as a fantasy.

The Motor Industry Association, which speaks for new car distributors and has more than 44 members which cover 81 different marques, is more partial to a 2028 deadline, based on a Climate Change Commission report. Their biggest concern is when EVs will achieve price-parity with older, internal combustion engine (ICE) vehicles, with the MIA seeing the reported 2025 forecast as “wishful thinking”.

In the MIA’s cover letter, chief executive David Crawford claims that new vehicle importers do support the need for cleaner vehicles but ultimately says the timeline for a lower CO2 average is too rushed.

“Unfortunately the Government’s timeline of 2025 is impossible to reach with resulting penalties becoming a financial impost against all new vehicles including low emission vehicles.” MIA chief executive David Crawford details in the cover letter of their submission.

“Additionally, the transport policies in the draft report focus on vehicles entering the fleet which is only a small portion of the in-service fleet. We need policies to focus on not just only those entering the fleet but also to target existing vehicles. This will garner a faster rate of emission reductions than just focusing on vehicles as they enter the fleet.”

In their executive summary, the MIA says the commission should have been “more technology agnostic, and not favour one technology over another, but enable the transport industry to develop innovative solutions” in meeting CO2 targets.

Crawford believes that technological breakthroughs that can help the agricultural sector reduce their emissions fail to consider other breakthroughs for the transport sector such as synthetic fuels and hydrogen technology.

“The MIA believes the commission’s draft advice report needs to give greater weight to the role that synthetic fuels (including e-fuels) could play in reducing emissions from the current ICE fleet.”

“...we also consider the report has underplayed the potential for hydrogen propulsion, not only for heavy vehicles but also light, in addition to battery technology. There is also no evaluation of the role e-motorcycles/scooters can play in reducing emissions.”

The association also suggested the use of wind turbines to help assist in hydrogen creation, in addition to sourcing alternative means of bio-fuel such as bio-stock from plants and wood. It suggests that the country should still invest in the production of e-fuels noting that “we have an opportunity to do so.”

In their most recent commentary, Crawford noted that “these second generation biofuels are known as ‘drop-in’ fuels which are 100 percent compatible with existing ICE engines and fuel management systems.”

The government’s new standard will now require importers to meet incrementally lower emissions targets, falling down to 105 grams of CO2 per kilometre average by 2025, which would be lower than the current average of 171 grams per kilometre.

Before heading out on your weekend, always remember to keep your cool and ensure you’re alert while you’re behind the wheel. Always make sure you have a good car insurance policy in place to protect not only you, but other people around you. Start your search at the right place here at glimp! Our FREE car insurance tool can show you all the best insurance deals with the most competitive interest rates here in NZ.