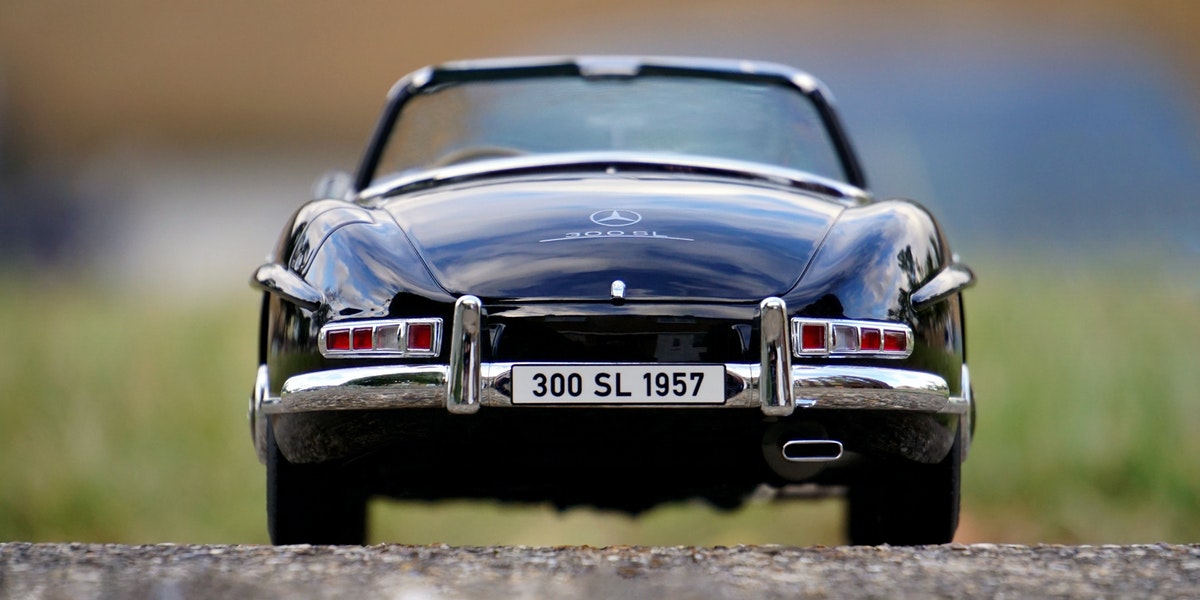 Ready for your weekend road trip? Catch up on the latest stories on the road here and abroad before you ride out. From promising technology, to odd developments regarding number plates and start-ups, here are the latest in NZ road developments:

James Crow from Hawke’s Bay has recently called to have an offensive number-plate series to be removed from circulation after receiving one for his new vehicle. Their family were shocked to receive their plates with the first three letters as “NGR”.

“We arrived at the AA Centre to receive it and as we drove in...my wife saw it first and said, ‘Oh my, we can’t have that on the front of our car’” Crow told RNZ, where the article was originally published.

“If there have been many many number plates that have been avoided being produced in the past with three letter words or different three letter analogies, why did this one slip through? ‘Cause it felt like if it’s going to really offend or hurt a few people in the public, it’s not necessary.”

A spokesperson from the Waka Kotahi (New Zealand Transport Agency) clarified that the NGR number plate series was manufactured earlier this year. A total of 999 plates were included in the series, as is the case with all three letter standard plate series. The spokesperson has also clarified that general issue plates can be prevented from being manufactured due to the potential of offensive letter combinations.

“While this three letter combination was not withheld, Waka Kotahi recognises the offence the letter combination has caused, and we will arrange for replacement standard issue plates to be provided at no charge for any vehicle owners who do not wish to retain the plates.”

“We are also looking at the practicality of withdrawing the series from circulation. We are reviewing our processes to ensure that future number plate combinations are more thoroughly assessed before being manufactured and released.”

If the agency does consider removing the series from circulation, this won’t actually be the first time letter combinations have been withheld. Waka Kotahi has already banned registration plates with the letters I, O, and V as these can easily be mistaken for 1,0, and U, causing issues for enforcement authorities.

Hopefully, the Crow family can get this sorted out if only to avoid the potential problems they may face with the odd license plate series.

More than 400 Wāhine (female) motorbike enthusiasts rode in Taupō as part of International Women’s Riding Day and also to promote and raise awareness for motorcycle safety. Teachers, lawyers, mothers, and all sorts of women from different walks of life had gathered together in solidarity, bringing with them all the different motorcycle brands and models they use.

The event, organised by Leigh-Ann Crane and Wāhine Riders, saw Triumphs, Harley Davidsons, Indians, and other iconic iron horses on display as the riders rode around the rohe of Taupō. Crane says the experience of riding is nothing but pure freedom.

Gina Mohi from Te Arawa who has been riding for more than 30 years says the activity is no longer an exclusively male sport. “Not anymore. That idea has changed, we are included. Let’s celebrate us, the women riders.”

The riders have also taken the opportunity to talk about road safety for motorcycle riders. Hinenui Cooper from Wāhine Riders says she was devastated after hearing that one of their women riders encountered an accident on her way to the event.

Crane has made it clear what the risks are to motorists. “A lot of the time, we end up in the car’s blind spots and they don’t see us. Sometimes we may be sitting behind the driver and you might see us weaving a little bit so they catch the attention of our headlights.”

Mohi reminds drivers to stay safe when riding out. “Look carefully and keep us all safe. If we get into trouble we could be killed.”

Aside from Taupō riders, Hawke’s Bay women riders will also be organising a Female Riders International Day next year.

Beating out most of its competitors in the race, Chinese tech giant Baidu finally rolls out its paid driverless taxi service on Sunday, local time. This means the company is the first one to commercialise full autonomous driving operations in the country. Unlike previous demonstrations, they’ve also gone ahead and removed the safety driver sitting behind the wheel, though they’ve retained a “safety member” on the front passenger seat for emergencies.

In order to hail one, passengers can order a robotaxi on an app called Apollo Go. The taxi would need to verify the identities of their passengers before it allows them inside. For safety reasons, the taxi would also start to move only after passengers have fastened their seatbelts.

Up to 10 Apollo robotaxis are now operating simultaneously in an area of around 3 square kilometers, taking passengers across eight stops in Shougang Park, western Beijing. A ride costs around 30 yuan (NZ$6.50), and can be ridden by passengers ages 18 to 60 years old.

The service seems to have been received well, though with some reservations from other riders. Kelly Wang and her husband, who both work in the AI industry, claims the experience was very smooth.

“I would recommend people experience this. There’s a strong sense of technology, because nobody is in the driver’s seat.” Wang said, adding that their husband may even consider buying a similar car in the future for their family.

On the other hand, visitor Amy Li is a bit more cautious about autonomous driving.

“We’ve all had experiences such as other cars jumping the queue or making a sudden lane change. People have emotions while robots don’t at least at present.” Amy says. “The robots may not be able to deal with such changes.”

Baidu, known better for their search engine services, was already testing autonomous driving out on the road since last year. Vice President and general manager of autonomous driving technology Wang says the company is optimistic regarding the future of its services.

“In the future, Baidu Apollo will launch driverless robotaxis in more cities, enabling the public to access greener, low-carbon and convenient travel services, while continuing to improve the unmanned service process and user experience.”

In the meantime, the Apollo Go robotaxi service has carried more than 210,000 passengers around three cities across China. The company is now looking to expand to 30 cities in the next three years, according to the company’s press release.

Car company reports customer to police for complaining about his vehicle

In an odd twist, Vietnamese brand Vinfast has taken action against one of their customers for publishing a video regarding quality issues with his car. Vietnamese Youtuber Tran Van Hoang, an owner of a Lux A2.0 sedan and a channel with 400,000 subscribers, ratted off a list of complaints regarding his vehicle, before the channel has been deleted or hidden.

In the video, Hoang listed complaints regarding the vehicle’s cruise control, connectivity with his mobile device, squawking doors, knock sounds in the brake pedals, a check engine light malfunction and others. The reposted version of the video is now reportedly at the center of Vinfast’s legal action.

In a statement issued by Vinfast earlier in the week, the company claims that it has already saved multiple videos from Hoang’s collection to be used as evidence, claiming that anyone in the US who produces similar videos will face similar consequences.

“Although Mr. Tran Van Hoang proactively removed those clips, we saved all the evidence and have sent our complaints to the police,” the company’s statement says. “The police have received our submission and have scheduled a time to work with Mr. Hoang.”

The company stated that Hoang’s videos feature “untrue content” though no specific example has been provided. The re-uploaded version, now archived, does show the complaint video showing footage of the car’s squeaky doors making noises during driving, footage of the car being taken back to the dealership for appraisal, and even footage of a check engine light, alongside other similar complaints.

Vinfast is founded by one of Vietnam’s richest people, expressing global ambitions to expand to international markets like North America. Kiwis and Aussies may also be familiar with the brand as it has recently acquired Holden’s ‘Lang Lang’ test facility for around AU$20 million, with the brand expressing to launch in Australia eventually, with New Zealand eyed as a potential future market.

Although many car brands probably don’t enjoy receiving bad-mouthing from their own customers, they do note some complaints made, even citing ‘customer feedback’ as a reason for any changes during mid-season refreshes. It seems emerging brand Vinfast isn’t quite keen on following a similar template.

Thanks to the latest developments, we may be due for some more exciting car models and technology in the near future. Of course, one just needs to always consider other people out on the road and drive safely, in order to avoid any disasters.

And if you’re thinking of getting a new car, you can always check out our list of car loan providers here at glimp! Our comparison tool allows you to find the best services for your specific needs, allowing you to save more on your interest rates while still receiving the best service.