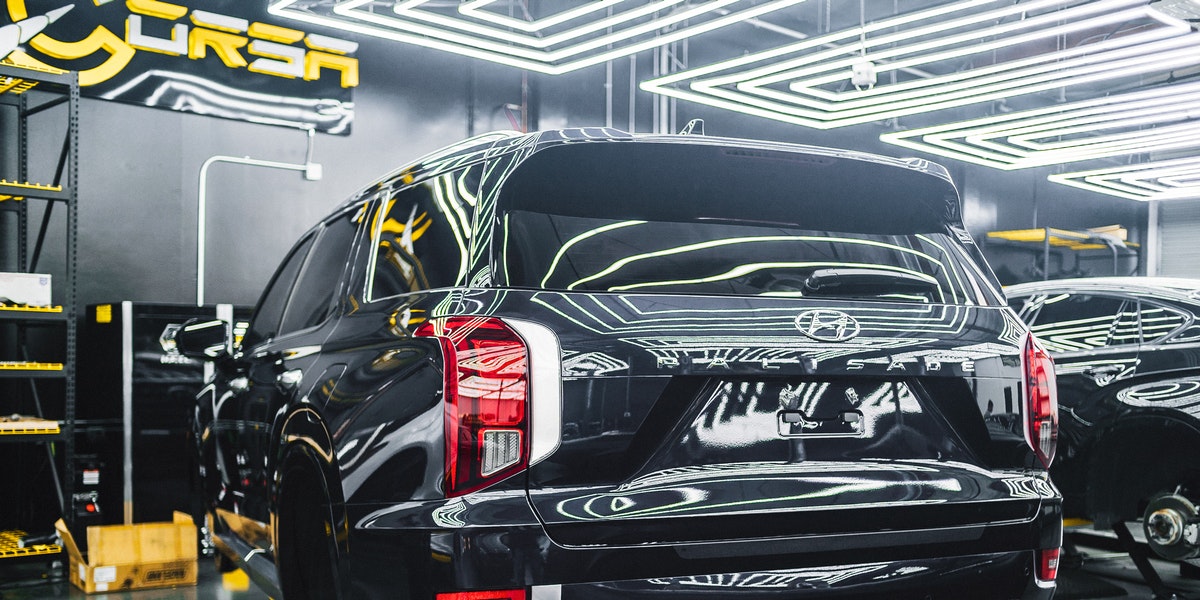 Ready to relax and maybe unwind with a quick drive down to another scenic NZ spot? Well, catch up on the latest developments out on the road and the car production floor! From bigger steps towards clean sustainability, to cool concept models, see the latest stories in the world of automobiles today:

Audi to end development of diesel and petrol combustion engines

Future generations of Audi models are looking to be all-electric now that the carmaker has confirmed that it is ending the development of all new diesel and petrol combustion engines. It will continue to update their existing powertrains to meet future emissions regulations.

Head of Audi, Markus Duesmann, told German publication Automobilewoche that it will be a “huge technical challenge” to update these models for the stricter Euro 7 emissions standards. He also thinks that the environment benefits little from the cleaner combustion engines.

Duesmann had already raised the idea of the carmaker going all-electric by 2035, giving audiences some insight into the company’s future plans, despite the statement not being an official confirmation yet. In the meantime, Audi is looking to offer 20 electric car models in the next five years. These would include the e-tron GT sports car, and the forthcoming Q4 e-tron.

“The e-tron family will continue to expand in New Zealand in 2021 with the arrival of the e-tron GT by mid-year in both GT and RS GT versions, followed by the high performance “S” models of the current e-tron in both SUV and Sportback body styles.

“Globally we will reveal the new Q4 e-tron our all electric mid-size SUV towards the end of 2021. This car will become a volume seller for us locally sometime in 2022.”

Other potential models in the future include an R8 and the return of the A2 badge, which had spawned an electric car concept but was never put into production. The Euro 7 emission rules don’t take effect until 2025, so there’s still a bit of time for Audi to develop their fully-electric range, while providing enough updates to their existing combustion engines.

The change will also affect the wider Volkswagen Group, having named Audi as its leader of research and development back in its 2019 financial results.

85% of Kiwi drivers have been on the receiving end of road rage for the past ten years, according to a study conducted by Finder.

The most common experience by people on the receiving end of road rage responded by saying aggressive tailgating, with 64% claiming that their rear bumper had been ridden. The second common road rage incident involves aggressive blasting of their car horn, with around 60% of respondents, being shouted or sworn at (40%), and being cut off on purpose while driving as well as giving the finger tied with 38% of respondents.

When it comes to the generational demographics, millennials have encountered the most aggression from other drivers, with 88% of respondents confirming their experiences, followed by Gen. X, with around 86% of respondents. When it comes to demographics based on area, Auckland tops the list with 88% followed by 82% of drivers in the Wellington area.

Experts like psychiatrist Dr. Ian Lambie from the University of Auckland, narrowed down this phenomenon to behavioural changes once people start driving.

“People feel disinhibited [on the road]. Being physically separated from another person lessens the social controls we have over certain things. It acts as a guard. We forget that we are actually in charge of a lethal weapon.

“There are things we would say when driving in our car that we are far less likely to say in a one-to-one situation because of social etiquette and the consequences of our actions.”

Lambie also suggested that road rage may also arise from people who already have problems managing their own behaviours, resulting in illegal and even dangerous actions that can bring harm to other drivers and even pedestrians on the road.

“For some people bad driving around them will simply go over their heads. It won’t mean anything. Or they’ll register that it’s happened but [decide] it’s not worth getting upset. A person’s reaction to a situation is about their level of impulsivity, and their innate level of emotional self-regulation.

In layman’s terms, it’s whether they have a short fuse.”

The statistics serves as a good reminder for people to be careful when driving. While road rage isn’t a criminal offence in NZ, the actions arising from a bad temper such as assault, intent to injure and reckless driving could be punishable.

As for people who have experienced being on the receiving end of road rage, remember that you can always jot down the driver and car details and report them to *555, the hotline for reporting dangerous driving to the police who will look out for the vehicle.

Three people were taken to the hospital after a bus and a truck collided at a busy South Auckland intersection yesterday. Police have confirmed that there were a small number of passengers at the time of the crash, with two passengers and the truck driver sustaining injuries. Two people received moderate injuries while the truck driver had to be treated for serious injuries.

Police had closed off the intersection at Ormiston Road and Murphys Road as they investigated the cause of the incident. Motorists were advised to avoid the area or allocate some more time to adequately navigate the crash scene. Local bus services would also be affected by the incident.

The three people were taken to Middlemore Hospital. The crash happened around 10.50 AM, 18 March. Drivers are reminded to always be careful at all times when driving out on the road.

Road rage or not, stay ready! Find the best car insurance deal for you right here at glimp!

With cars and SUVs receiving modern redesigns that seem to blur the lines between vehicle classes like crossovers, but the van remained the same rectangular shape throughout its run. Hyundai however, is looking to change that convention with their new Staria. The photos have already surfaced online, giving people a look at what this new van would look like.

Based on the Hyundai iLoad in New Zealand, the company will be designing the Staria as a high-spec van with four rows of seating, allowing it to accommodate up to ten passengers. However, Hyundai Australia has confirmed that the Staria will be replacing the iMax, Hyundai’s passenger version of the iLoad, the possibility of it receiving a commercial version is high as well.

Hyundai has reported that the Staria’s design process starts with an inside-out approach, with the carmaker designing the vehicle’s interior first and adapting that language when it comes to the exterior later on. The van boasts a futuristic-looking silhouette, with horizontal daytime lights running across the width of the vehicle, as well as the wide grille and low-set headlamps on each side.

Their planned higher-spec Premium model also adds in a unique mesh grill, chrome lining around the full-LED headlamps and tinted brass chrome applied to the company’s emblem on the front, wheels, side mirrors, and door handles. The futuristic theme extends to the driver’s cockpit, with a 10.25 inch front display screen, a touch screen, and a button-type electronic shift lever.

The 7-seater, high-end model is also confirmed to come with a relaxation mode that reclines the second-row seats into a posture that is more comfortable as the passenger’s body weight is dispersed and balance is improved. On the other hand, the 9-seater model gets the ability for its seats to swivel around 180 degrees so second-row passengers can sit facing third row passengers.

There’s no exact details on the Staria’s powertrains released yet however, the images released by Hyundai themselves tease that the premium version may be powered by the 200kW/33Nm 3.5-litre V6 engine from the Santa Fe.

Australian media outlets have stated that Hyundai dealers hint that all-wheel-drive versions may become available, alongside a turbo-diesel version of the van. How luxurious the final product will be is yet to be seen in person but this should be an interesting design to look out for.

Bolder and more futuristic designs seem to be rolling out more and more, from the previous Cybertruck and now, the Staria. Fortunately, a bigger push for cleaner EVs seem to accompany these sudden design changes, so development is also moving forward under the hood.

However, that doesn’t mean you can be complacent when it comes to road safety. Always remember to be aware of your environment and the other drivers around you. Always keep a cool head and be mindful of how you respond when something irritates you on the road. Most importantly, in the event of you encountering an emergency on the road, it pays to have a good car insurance policy active. If you’re ready to renew your policy, or even when you’re getting one for the first time, it still pays to start your search on the right track.

Start your search using glimp’s FREE car insurance tool! See all the best deals available in NZ and see the best fit for your needs! Stay safe and happy driving!