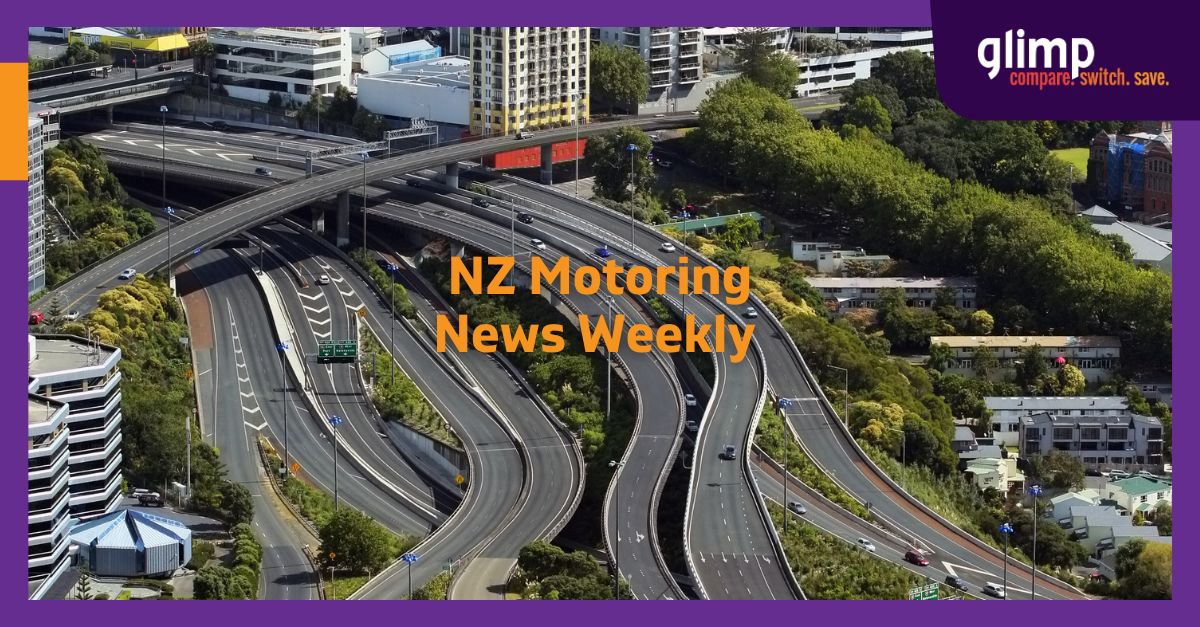 Getting ready for that long, relaxing weekend? Maybe you’re heading out in your car, and visiting relatives far away? In any case, it's time to catch up on the latest developments concerning cars, roads, and the auto industry before going on your trip.

CEO of Waymo to step down after 5 years

John Krafcik, CEO of Waymo, Google’s spin off company dealing with self-driving cars, announced his departure from the company after more than five years on the job. He cited a desire to enjoy post-pandemic life as the pandemic winds down as one of the reasons for his departure.

“I’m looking forward to a refresh period, reconnecting with old friends and family, and discovering new parts of the world” the 59-year old Krafcik wrote in a Friday blog post. He will remain as an adviser to the company.

Krafcik has helped Waymo build partnerships with other major automakers, helping the company launch the first ride-hailing service which picks up passengers using their driverless vehicles called Waymo One. The service only operates in the Phoenix metropolitan area for now, but the company has expressed interest in expanding into other markets once the technology is a lot more refined.

Waymo’s inroads have left it with an estimated market value of around US $30 billion based on analyst estimates after the company raised US $2.25 billion in their first round of investments. The company has also received around US $1 billion from outside investors during the same round. These estimates have done down from 2018 however.

The change in estimates reflect the hurdles faced by self-driving companies in building vehicles that can navigate roads safely while still making way for traditional vehicles with drivers. The challenge seems to have proven more difficult for many manufacturers, halting development.

Despite its progress, Waymo isn’t believed to have made money during Krafcik’s reign. Of course, Waymo hasn’t disclosed its actual financial results. The company operates under Alphabet’s segment simply referred to as “Other Bets” which does include Google’s other projects. This segment is said to have lost nearly US $13 billion during the last 3 years.

A group of like-minded guys will be journeying the length of NZ starting from Auckland wearing their hearts on their sleeves and the logo symbolizing the work of the Mental Health Foundation (MHF) on their backs. This event is called Motorally Aotearoa 2021, and this would take place on April 15.

In order to show their support, the motorists will be riding from Cape Reinga to Bluff over the course of 10 days, using their Vespa scooters though of course, other motorcycle types are thrown in as well for good measure.

Of course, the rally knows the journey is going to be difficult. Vespas aren’t exactly designed for the kind of trip they’re planning to take. These motorbikes are designed to ride around town, not long open roads. Add to that the age of many of its participants, and you do have a possibly painful journey ahead. But, the rally explained that this is the point.

The journey represents thousands of Kiwis who have to deal with mental health struggles, often without the resources they need to make the experience more bearable. The challenge is just a way of showing how everyone has their own state of mental health, and that there’s nothing wrong with needing a helping hand to get through.

The rally is accepting donations which would go towards helping the MHF in NZ provide people, workplaces, schools, and communities with the resources they need to help nurture mental health and wellbeing. They are looking to raise a minimum of $150,000 through this initiative.

Can't decide? Compare and find the best car insurance deal for you here at glimp!

For the third month now, NZ’s local car industry has now recorded incredible sales, setting a new record for new vehicle registration last March. All in all, a total of 15, 498 new vehicles were registered in March alone, which translates into a massive 86.3% increase from March 2020 which was infamous for being gutted by the COVID-19 pandemic.

As for the types of vehicles, the Toyota Hilux edges out the Ford Ranger to be the number one seller for the month, with 1,019 registrations compared to the Ranger’s 828. Bothe the Mitsubishi Triton and Outlander follow the two models, with the Nissan Navara, Kia Sportage, Mazda CX-5, RAV4, Isuzu D-Max, and ASX rounding out the top 10 list.

The new compact crossover from Kia, the Stonic, narrowly missed out on the top 10, as did the country’s best selling electric car, the Tesla Model 3. Around 855 hybrids, 450 pure electric vehicles, and 150 plug-in hybrids were registered in March, according to the MIA, continuing the country’s adoption of electric vehicles.

Regarding overall data for brands, Toyota maintains its overall top market position, with 2,352 units registered, placing it ahead of Mitsubishi with 1,743 units registered, and Ford with 1,367. The carmaker managed to maintain their lead despite its ongoing battle with the RAV4 supply.

The data has been sourced from the Motor Industry Association (MIA) though they have clarified that registration data from January and February had been influenced by a sudden influx of supply, quenching several preorders dating back to 2020.

“As shipments arrive, vehicles are going straight through Customs,distributor pre-delivery inspections and entry compliance to the franchised dealer and onto the new owner, who invariably has been on a wait list,” says MIA CEO David Crawford.

“Comparing March this year to March 2020 is a statistical challenge due to lost delivery time as we entered in full lockdown and current month arrivals are mainly fulfilling long wait lists.”

In a rather hilarious note, carmaker Volkswagen managed to troll the media as reports came out that the brand was changing its name into “Voltswagen”, as a show of commitment towards electrification. While the report was immediately removed, some outlets did pick up on the story, thinking that it may really be happening as it wasn’t April Fools yet.

To add to the joke, Volkswagen of America also came out to say that the name change was true, causing even specialist sources to pick up on the story, forgetting to note that the announcement did not even come from Volkswagen head office. The announcement, of course, was just an April Fool’s-related publicity stunt for the US launch of the ID.4 all-electric SUV.

The transition is said to take place over the next few months “at all consumer touch points”, said Kimberley Gardiner, senior vice president of brand marketing for Volkswagen of America in a statement. To make the joke even more convincing, the US website also underwent a few changes, even coming up with a “Voltswagen” exterior badge for their electric models.

Regardless, the whole thing did get the carmaker a lot of coverage, even outlets that have accused Volkswagen of lying to the media or comparing this joke to the previous diesel scandal the brand faced a few years ago. A bit of an exaggeration to compare towards an early April Fool’s prank nonetheless.

All-in-all, most of the new stories have been pretty promising... except perhaps the April Fool’s prank, but hopefully, that was able to get a laugh out of you. As always, take care to be aware of your surroundings and keep a cool head at all times when driving. Make sure your car insurance policy is renewed and in place. And if not...

Start your search using glimp’s FREE car insurance comparison tool to get all the best insurance deals with competitive interest rates to get the best bang for your buck. Happy driving!