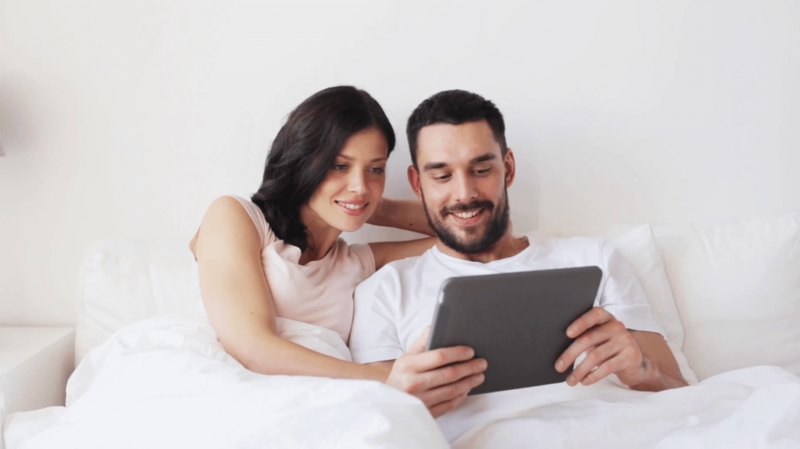 New Zealand internet first became available in the 1990’s, and has since revolutionized both computers and communications around the globe.

As of late October 2015, there were almost 2 million New Zealanders using a broadband connection, and just over 50,000 users on a dial up connection.

Today, over 70% of Kiwis are on an unlimited data cap broadband plan!

Back in the 1990’s-2000’s,  a dial-up connection was the only option available to connect to the internet. NZ internet speeds back then averaged around 30Kbps.

Since then, options have greatly expanded, and now Kiwis are enjoying average broadband speeds of 46.2Mbps!

Let’s take a look into what internet network options are available today and which would work best for your household or business.

With a wide range of broadband services available from a number of NZ internet service providers, it can be hard to know which plan is best for you.

Finding the right plan for your property depends on a number of factors, including where you live and how much data you use.

To make it easier for you, we’ve broken down the most popular broadband services available:

Fibre connection performance isn’t affected by distance, so the speeds are reliable and consistent no matter where you’re located from the broadband cabinet.

Not all users are able to get fibre broadband in there area, although Chorus is working hard to install the new fibre network and upgrade Kiwis from the copper network as part of phase two of the Rural Broadband Initiative.

You can check to see if fibre is available in your area using the fibre broadband checker.

For those unlucky New Zealanders who can’t get fibre broadband at their address yet, the next best service is a VDSL broadband connection.

VDSL is the best broadband option currently available on the copper network, both in terms of speed and price.

If your property is located within 1,200 metres of the VDSL cabinet or exchange, you can expect to reach speeds of up to 70MBps or more.

Around 60% of New Zealand properties have VDSL broadband available to them, and installation is quick and easy. You can take a look and compare the best VDSL broadband plans here.

While both fibre broadband and cable broadband boast fast internet speeds, they are not the same thing. Cable broadband - also known as Hybrid Fibre-Coaxial - connects your property to a fibre cabinet in your local area.

Thanks to the fibre-optic and coaxial cable technology, cable broadband can deliver internet speeds ranging from 36MBps to over 300MBps.

Vodafone provides this network service covering parts of the Kapiti Coast, 85% of Wellington and almost ⅔ of Christchurch. There are around 60,000 users in New Zealand on the cable network.

In New Zealand, there are three cellphone networks in the country - Vodafone, Spark and 2Degrees. Vodafone provides 2G and 3G coverage to 97.5% of Kiwis, and 84% to those on the 4G network.

Finding the right plan can be tough, as there are several NZ mobile and roaming plan providers offering a range of options.

For those who don’t use their phone often, a prepaid plan would be best, so you only use/pay for as much as you need.

Kiwis who are consistently on their phone - for business use, personal use or both - would benefit from signing up to unlimited text, call and data phone plan.

Fixed wireless is different from more common connections like fibre and DSL.

It provides broadband access by bringing the internet signal to your home through radio waves transmitted by a base station.

It can provide you with fast broadband speeds without the need for cable or phone lines.

This type of connection is generally used in rural, out of town areas where setting up the infrastructure for other broadband services is too expensive or cannot be done.

As it doesn’t require physical cables, it’s easier to set up equipment for fixed wireless internet than any other type of broadband service.

As of early 2018, there are around 104,000 Spark customers using fixed wireless service.

Satellite internet is also an option for those living in rural areas where fixed broadband services aren’t available.

While it also requires a dish and provides fast internet access without the needs for phone or cable lines, satellite is different from fixed wireless broadband.

Bad weather conditions can affect satellite internet much more than they do with fixed wireless, as the signal has to travel through the entire atmosphere and back.

When taking these things into account, a fixed broadband is a better choice than satellite internet (if given the option).

Dial up internet was commonly used by Kiwis throughout the late 1990’s to early 2000’s - simply because it was the only internet option at the time!

There are only a few internet service providers left that offer dial up internet as part of their services, as the majority of the country is now on some form of broadband connection. In fact, dial up accounts for less than 1% of all connections in New Zealand.

In 2017, Spark announced plans to replace all the Public Switched Telephone Network exchanges with new IP equipment within the next 5 years, where dial up will no longer be supported.

Getting broadband in NZ

Whether you’re looking at signing up to a new internet provider, you’re wanting to switch companies or you’re curious as to what the best broadband deals currently are, we’ve got you covered here at Glimp!

Our online comparison tool lets you compare broadband plans by price, data allowance, speed and contract, so you can easily find the best deals for your home or business.

Thousands of Kiwis have already used Glimp to compare, switch and save - with some users saving up to $400 a year on their internet bill! It’s 100% free to use and you find a better broadband deal in under 5 minutes - get started on finding the right broadband plan and provider here!