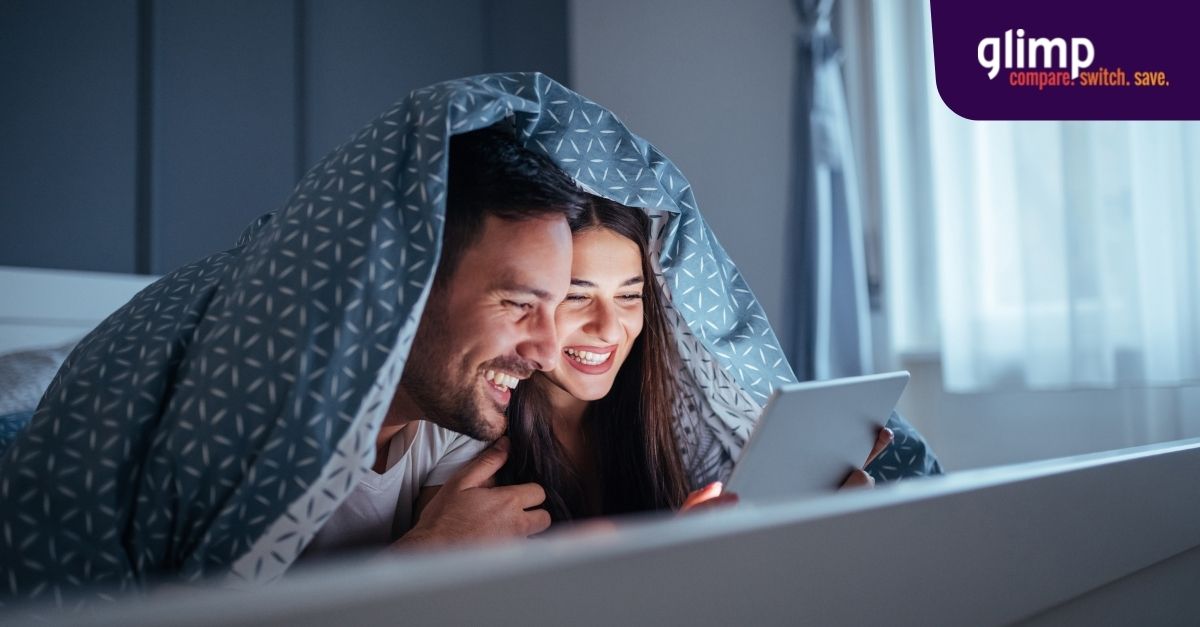 How about a Netflix or Disney+ movie date this Valentine's Day? There are plenty of new movies and TV series on these popular streaming platforms this February.  You won't run out of something new to watch for the whole month.

If you can’t find the best movies on Netflix NZ that you want to watch, there's always Disney+, Amazon Prime, Hulu, or HBO Max for more options. Here are just some of the best newly released movies from the top streaming websites in NZ.

Disclaimer: The availability of these movies in NZ may change and vary. They may also be removed without prior notice.

Netflix is still one of the biggest streaming platforms in the world, with a projected 222 million users by the end of quarter 1 of 2022. It’s no surprise as they have one of the largest offerings of new content, releasing over 70 movies last year.

They’re continuously releasing originals and exclusives, as well as acquiring licences to Kiwi favourites and classic movies. For this month, here are some recommended shows.

Read: What Are The Best Online Streaming Services In New Zealand?

Tall Girl 2 is a sequel to the 2019 teenage film, Tall Girl. In a nutshell, Jodi Kreyman — portrayed by Ava Michelle — landed the lead role in the school’s musical. The story takes you to her struggle of being the tall girl, especially in her newfound relationship.

Recommended for: Feel-good audience that wants to relive the innocent love of their youth. This is a perfect watch if you're just planning to lounge after a long day at work.

Compare The Best Broadband Deals In Your Area

Inventing Anna (Limited Series) is one of the most anticipated Netflix series for 2022. Starring Julia Garner — an Emmy Award-winning actress for her role in Ozark — she plays fake socialite Anna Delvey. Based on a true story, watch how she scammed her way to the affluent club in New York City.

Recommended for: Those who want to binge-watch something that's both thrilling and intriguing.

Murderville is an adaptation of the BAFTA-winning UK series Murder in Successville. It features detective Terry Seattle who teamed up with celebrity guest stars. The biggest plot twist is, these stars are completely clueless and haven’t been given a script. It’s mostly improvised!

Recommended for: Those looking for a truly funny series that you can watch in one sitting — 3 hours minimum!

Amazon Prime Video has over 200 million subscribers around the world, growing over 50  million in just one quarter!  What used to be a simple library of American classic films grew to produce original content including Judy Justice, Absentia, and more.

They’re releasing a mix of original content as well as acquiring licences to show films such as Forrest Gump, Robocop, and King Arthur, among others. Here are some of their original movies and TV shows, releasing within February.

Reacher is based on Lee Child’s Jack Reacher book series first published in 1997. It follows a story of a veteran military police investigator who has been falsely accused of murder. He finds himself involved in a conspiracy against the corruption of the cops and politicians.

Recommended for: For a thrilling February, Reacher keeps you at the edge of your seat! Of course, if you also happen to be a fan of the novel, this is a recommended watch.

Coming back in its fourth season, The Marvelous Mrs Maisel finally gives Midge total creative freedom in her craft in stand-up comedy. Now set in the 1960s, it takes you to her life in post-war America, navigating her relationship with family and friends.

6. The Legend of Vox Machina

Vox Machina is a story of mercenaries for hire that had a change of heart when their kingdom is attacked by evil. They realised that they were capable of restoring justice in the world — not simply doing things for money. It’s a legend of how Exandria’s newest heroes.

Recommended for: It’s a light-hearted animated series, best for kids and families.

Disney Plus has recently expanded to South Korea and Taiwan, so it's expected to significantly drive their subscriber count. Although they’re relatively new to the streaming market — launching only in late 2019 — they already have an expansive library, thanks to their years of being in the entertainment industry.

This February, they don’t miss out on giving their subscribers some of the best movies and TV shows. Check out some of the original content for this month.

Recommended for: Best for light-hearted laughs but still offering the climax, build-up, thought-provoking plot, and bold themes of an award-winning movie.

Did you enjoy the Hawkeye series released in 2021? Watch exclusive behind the scenes footage on how the classic Marvel comic is visualised. Plus, get to see the action set pieces and how actor Jeremy Renner pulled off his stunts.

Recommended for: Fan of the Marvel Cinematic Universe. After Hawkeye got his own series, it’s time to unlock how the action-packed series was made.

9. Derek Delgaudio’s In & Of Itself

Derek Delgaudio’s In & Of Itself shows the struggle of man to find his own identity. In the end, he discovers that identity, in its nature, is only an illusion too. The director Frank Oz takes the viewers in the quest to answer the ultimate question, “Who am I?”

Recommended for: For those who want to do some self-reflection, this movie will stay with you long after it's ended.

With over 73.8 million global users, HBO Max is one of the best alternatives for your streaming needs. Being in the industry for 50 years, they have a wide range of playlists, including exclusives like Zack Synder’s Justice League, The Harry Potter movies, and even Studio Ghibli films like Spirited Away.

Here are some of the original content from HBO Max, streaming this month.

Kimi is the story of an agoraphobic tech worker who discovered crucial evidence for a violent crime. However, she has met with a lot of resistance when she tried to report it. Because of this, she was forced to leave her home at the height of the COVID-19 outbreak in Seattle.

Recommended for: Looking for something relatable with a bit of thrill and mystery. This film will keep you on the edge of your seat with its star-studded cast.

Just right before Valentine's Day, About Last Night is a game show hosted and produced by Steph and Ayesha Curry. Three different celebrity couples will compete in games and trivia about their relationship. The last couple standing goes face-to-face with the Currys.

Recommended for: Something light and fun, perfect to watch together with your partner. You can answer together and test how well you really know each other.

The Academy Award-winning filmmaker is back for the second season of Raised by Wolves! The atheist android couple finds themselves more human-like, raising six human children. It’s a dilemma as their new planet may be divided by religion as the human colony grows.

Recommended for: If you’ve enjoyed the first season or simply want the answers left by cliffhangers in its debut season, this should be an enjoyable watch.

Hulu may not be as popular, with only 42.8 million global subscribers, but they also offer a wide range of movies and TV shows. Just like any other streaming service, they’re acquiring licences from new and old productions, as well as releasing their original shows.

Give Hulu a try and watch these shows this February.

Pam & Tommy follows a story of Pamela Anderson and Tommy Lee after their honeymoon sex tape was leaked. With one plot twist after another, what you think would be a steamy love story quickly turns into a criminal investigation. This biographical drama is led by star-studded Lily James, Sebastian Stan, Seth Rogen, and Taylor Schilling.

Recommended for: Those who want to go down the 90s nostalgia, and want to do away from the usual Valentine’s Day romantic films.

The Hulu Original Dollface is coming back for the second season, as Jules and her best friends turn 30. Set in a post-pandemic world, Jules faces heartbreak, while keeping her squad intact and growing into a strong independent woman.

Recommended for: Best for those who want something fresh, unique, and relatable.

No Exit is about a young woman that had to stop at a highway rest area because of a blizzard. She was stranded together with a group of strangers. Everything is going well until she finds an abducted girl in a van in the parking lot. Who’s the kidnapper among them?

Recommended for: Those who want to feel like the main character and solve a crime.

Ready to binge-watch these shows? Get a reliable broadband plan

Regardless of the streaming platform you choose, it’s best to have a stable broadband plan! Streaming can require a lot of data and bandwidth, especially if you’re watching in 1080p or 4K resolution. This way, you don’t have to deal with lagging or frame rate drops.