How Energy Star Ratings Work to Save You Money 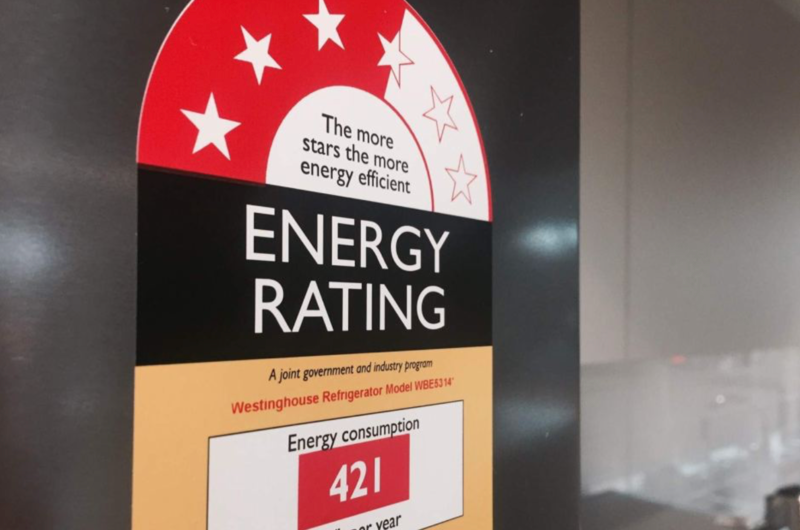 The Energy Star rating you see on appliances isn’t just for show, it can help you save on electricity prices, and help to conserve energy.

Today, we’ll go over how the Energy Star rating works, and how it originated.

What is the Energy Star rating?

The Energy Star rating is easy to spot, with its characteristic guide of six red stars, which gauges the energy efficiency of an appliance.

It is officially named the Energy Rating Label in order to differentiate it from the Energy Star mark, a separate standard introduced in 2005.

The Energy Star mark became less important as the trans-Tasman E3 regulations removed several poorly performing products from the market, and as consumers responded better to the Energy Star rating.

The Energy Star mark was discontinued in 2017 as it became obsolete, but the Energy Star rating continues to be a trustworthy and accurate source of information for the public.

How the Energy Star Rating works

The Energy Star rating is based on a ranking out of six stars - the more stars the label features, the more economical the appliance is.

The rating also incorporates an estimated figure for annual energy consumption, based on the average expected kilowatt-hours per year for the appliance.

To use the rating for comparisons, make sure the models you compare are alike in terms of size and type. Comparing two fridge-freezers of the same volume is simple: the one with the higher star rating is more efficient.

When it comes to two fridge-freezers of different volumes, the kWh per year figure will be the statistic to track for comparison. Whichever is lower will be cheaper to run, and therefore save you money!

Where the Energy Star rating originated

The Energy Star rating has actually been around since the mid-eighties, when it was first introduced in Australia.

New South Wales and Victoria were the first states to adopt the policy in 1986, where it developed steadily, progressing through the other states until a mandatory, national benchmark was welcomed in 1992.

This followed the establishment of similar national initiatives in Canada and North America.

Even now, in New Zealand, it continues to grow in popularity. According to the International Energy Agency, a Paris-based intergovernmental organisation, the percentage of retailers in compliance with the standard went up from 94 per cent to 98 per cent between 2001 and 2009.

Other ways to save on electricity with glimp

The Energy Star rating is a popular way to help curb electricity costs, but one of the quickest ways to save is to compare power prices NZ currently has on offer, and finding the power company that’s the right fit for you.

If you’re looking to spend less on power, and you want to compare power companies let the team here at glimp help you out today.