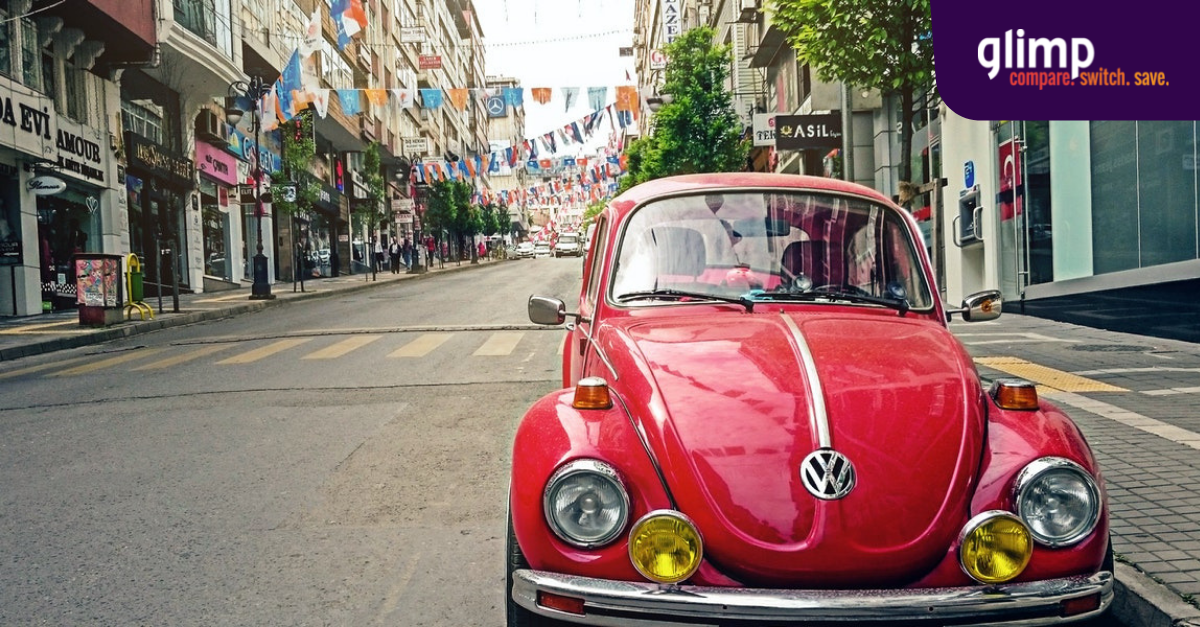 Catch up on the latest development on the road and in the industry! From significant scandals involving European manufacturers, due to a global shortage of chips necessary for the electronics of upcoming car models, you can get all the freshest stories right here.

Daimler and Jaguar both issue warnings regarding sales

The computer chips and conductor shortage faced by many automobile manufacturers has started rippling across various markets, with Daimler AG and Jaguar Land Rover (JLR) reporting that deliveries in the second quarter will be 50% worse than initially thought. This overall dearth of essential computer components is threatening to slash US$10 billion in car sales from the industry, according to forecasts last May from consulting firm AlixPartners.

“The chip shortage is presently very dynamic and difficult to forecast,” JLR said in a statement. “We expect some level of shortages will continue through to the end of the year and beyond.”

Aside from the two car brands, Mercedes-Benz had also stated that second-quarter deliveries are significantly curtailed by the lack of the same chips, capping the brand’s global sales increase at just 27%. The carmaker even expects the supply-chain crunch to persist for the third and fourth quarters as well.

These manufacturers are also joined by SAIC Motor Corp, one of China’s biggest automakers currently cutting down in their vehicle output, Nissan Motor Co., Hyundai Motor Co., and even Volkswagen AG. All these manufacturers have warned about shrinking inventory as they try to make more sales this summer season.

This has caused manufacturers to rethink their strategy when it comes to acquiring the electrical components they need for contemporary vehicle design. JLR has said that for now, it will prioritise production of higher-margin vehicles while another company, Ford Motor Co., saw the effects of paucity on new vehicles as used cars had driven up in price.

Things have almost gotten worse for some time, with factories shutting down as they’re unable to finish building vehicles. The problem was also compounded when a container ship got grounded and blocked the Suez Canal for nearly a week, creating a choke point for chips headed from Asia to Europe.

These latest developments are most likely to frustrate some customers, forcing them to settle for a lower-end model without a lot of electronic features. According to Baird technology analyst Ted Mortonson, “We’ve been hit by the perfect storm, and it’s not going away any time soon,”. He said that he has never seen such a serious shortage in computer chips for nearly 30 years.

55% of Kiwi drivers will not consider an EV for their next car, survey finds

A research conducted by Finder on more than 2,000 Kiwi drivers found that the majority of them will not consider buying an EV as their next car, though the margin was relatively slim, with 55% of respondents in the “no” camp. 45% of respondents on the other hand, were interested in getting an EV for their next vehicle.

In terms of demographics, Generation Z drivers were the most open to the idea, with 56% expressing interest in the idea of owning an EV. This is followed by 51% of Millennials, and 44% of Gen X. Boomers were least likely to buy an EV, with only 36% interested in the idea.

The chief reason people have provided for not buying an EV is cost, with 72% citing the initial purchase price as the primary reason. It’s a substantial score above the second reason which is battery life concerns, gathering 58% of respondents. 47% of respondents have cited concerns regarding charging infrastructure as their main reason while another 18% were worried about the potential lack of power. Funny enough, 8% have cited Elon Musk as enough of a reason to not buy an EV.

This may seem like a surprise despite the rebate scheme going on however, the survey itself was conducted between June 2 and 16, 2021, while the rebate scheme was officially announced on the 13th. It’s possible that an $8K discount on an EV purchase may be able to change a few hesitant minds, particularly those who are worried about the initial upfront costs of an EV.

On the other hand, other concerns have been addressed and the industry has been coming up with effective solutions to tackle the problem. Battery life is much better now; a far cry from the myths of them lasting only five years before they’re rendered useless. Data from PlugShare also reveals that there are now more than 350 electric charging stations in NZ. Tesla is not the only EV manufacturer out there so any concerns about Elon Musk can be addressed by choosing a different manufacturer.

Finder New Zealand publisher Kevin McHugh, found the data rather promising, seeing a growing number of Kiwis open to the ideas of EV. “Electric vehicles are becoming more commercially available, and now that government incentives are making them even more accessible, it’s like we will start to see more battery-powered cars on our roads.”

“The great news is that as electric cars become more widespread, more models will become available, more charging stations will begin to pop up, and costs will continue to fall.”

“Most importantly, an electric vehicle could slash your carbon footprint from driving from around 3,000kg to 300kg of carbon emissions per year - a commendable feat.”

Still, it remains to be seen how EV adoption will go in the future. The rebate scheme will hopefully drive more people towards these clean, battery-powered alternatives.

The European Union (EU) handed down a US$1 billion fine against major German car manufacturers on Thursday, claiming that these companies have colluded to limit the development and rollout of car emission-control systems. Among the brands included are BMW, and Volkswagen, which also includes its Audi and Porsche divisions, after the EU alleged that the companies avoided competing on pollution restricting technology. Daimler wasn’t fined after it revealed the cartel to the European Commission.

This marks the first time the European Commission imposed collusion fines on car manufacturers who deliberately hold back the use of latest technology, not a more traditional reason such as price fixing.

EU antitrust chief Margrethe Vestager said that the companies resisted competition even if they had the technology to curb emissions. As a result, the commission believes that customers were denied the opportunity to purchase less polluting cars.

“Manufacturers deliberately avoided to compete on cleaning better than what was required by EU emission standards. And they did so despite the relevant technology being available,” Vestager said, adding that this practice is technically illegal.

According to Vestager, the companies agreed on the size of tanks that contain the solution known as Adblue, which is injected into the exhaust stream in order to limit pollution coming out of diesel engines, as well as the ranges that customers can expect before the tank needs refilling. Just having a bigger tank can go a long way in reducing pollution.

Vastager clarified that cooperation is permissible under EU rules, especially when it leads to efficiency gains. However, there is a clear distinction. “But the dividing line is clear: Companies must not coordinate their behaviour to limit the full potential of any type of technology”, Vestager explained.

“The (EU) Commission is breaking new legal ground with this decision, because it is the first time it has prosecuted technical cooperation as an antitrust violation,” Volkswagen said in a statement. “It is also imposing fines even though the contents of the talks were never implemented and customers were therefore never harmed.”

Volkswagen had said that the investigation simply ended with a finding that other forms of cooperation under review were not improper under antitrust law. The company also clarified that the tank sizes produced by all the manufacturers involved were at least ‘two to three times’ bigger than the size discussed in the talks. It is now considering sending an appeal to the European Court of Justice.

On the other hand, BMW said that the discussions regarding the AdBlue tanks “had no influence on the company’s product decisions.” They claimed that it is significant that the fine notice found that there was no collusion involving earlier allegations of using software to restrict AdBlue doses. The company had initially set aside 1.4 billion Euros based on the initial accusations but then reduced that amount due to the lack of substance behind the other serious allegations in the case.

The case brings to mind the former ‘dieselgate’ scandal of the past decade, in which Volkswagen admitted to having deceptive software onboard 11 million diesel vehicles worldwide which reduced the nitrogen oxide emissions while the cars were placed on a testing machine while allowing for higher emissions in order to improve performance for regular driving. This scandal cost Volkswagen around 30 billion Euros in fines and civil settlements, as well as recalling millions of vehicles.

Hot Wheels takes the top spot as NZ’s most favorite car of the decade, based on data revealed by The Warehouse. According to The Warehouse’s lead toy buyer, Lonnica van Engelen, the continued success of the car came down to its timeless appeal and its simple play value. In fact, Hot Wheels has been claiming the top spot among toys since 2001!

“The Hot Wheels car may be a simple toy, but it’s a fabulous one. Despite plenty of disruption in the toy industry over the years, Hot Wheels has become a classic that continues to appeal to generations of kids and collectors alike.”

This is an impressive feat, considering that the toys category is often dominated by whatever’s the hottest thing on the market at the time. Nonetheless, Van Engelen noted that many of the entries in the top ten list are classics.

“What I’ve noticed particularly in the past year is the resurgence of family games, as people spend more time together at home. Staple board games like Monopoly have continued to be a popular choice but have taken on new iterations over the years.”

Hopefully, most of the negative developments and setbacks are all ironed out for the benefit of motorists and consumers. While the shortage of chips may be a big hindrance for production, it does bring into perspective how much technology we’ve relied on for home entertainment and driving. It helps make our rides comfortable and helps make our cars safer, and cleaner.

Of course, drivers still need to take the best precautions out on the road. Always remember to be mindful of your surroundings in order to avoid any accident. And of course, your car insurance policy needs to be intact if only for your own peace of mind. So if you need a competitive car insurance deal, you can always hop on to glimp’s FREE car insurance comparison tool to compare your options and find the best deal for your budget!