What Is NFT? Your Guide To Non-Fungible Tokens In NZ 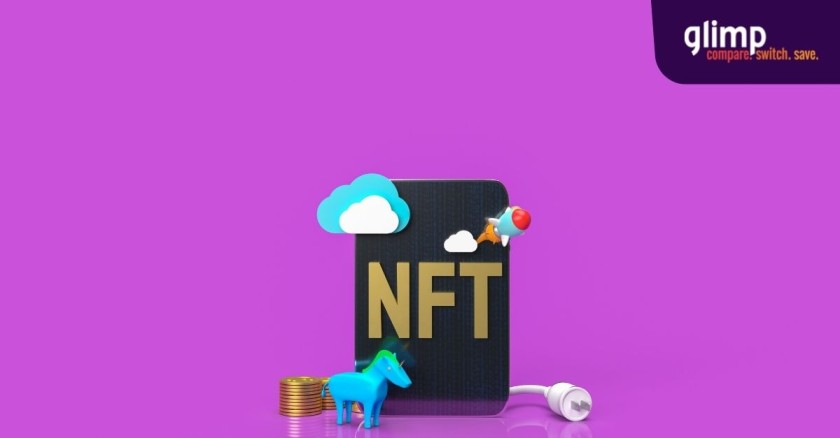 In this guide to non-fungible tokens (NFT) for New Zealanders, we'll cover the following:

Non-fungible tokens (NFTs) are becoming more popular. As foreign as it sounds, NFTs have given a lot of opportunities for artists to thrive in the digital space.

Just recently, DJ and record producer Zedd has shared about the newest music video he’s working on called “DIORAMA” that will be available as an NFT. It promises a whole new level of artistry which he touted as the “best NFT there is.”

It may sound obnoxious for some, but a few known artists have done this before — selling their art as an NFT. Among them are Grimes, who earned around $6 million by auctioning off digital art pieces, the Nyan Cat which was sold as an NFT for $600,000, and Twitter founder Jack Dorsey whose first tweet was sold for over $2 million.

What is an NFT?

Non-fungible tokens are unique, authenticated copies of digital art or prints. These items are paid in cryptocurrency, which costs from thousands to millions of dollars. You can sell your drawings, paintings, videos, and other types of digital art (including an X-Ray of this celebrity's teeth), and the ownership is passed on to the buyer.

It’s relatively similar to trading NBA or Pokemon cards except that with NFT, you trade using cryptocurrency. That buyer alone will have actual ownership of the artwork, and the data is stored on the blockchain.

Blockchain technology was first developed to timestamp digital documents in order to avoid tampering. This follows the concept of bitcoin that is now commonly used to pay for items digitally.

Difference between NFT and copyright

There are talks about the significant value of items sold as NFTs. You can liken an NFT art to a copyrighted work given that the tokens are considered creations or an expression of an idea. However, these non-fungible tokens are not governed by law.

In New Zealand, there are certain qualifications for copyright protection, including artistic and literary works, motion pictures, sound recordings, and more. When a product or piece of art is copyright protected, the exclusive rights of the owner over that particular piece can last for years, depending on the type of work.

NZ laws don’t require registration to copyright the original work. But it would be smart to have a copyright statement to let the public or anyone interested that it is copyright protected. If no permission or consent was granted to use the particular work, a Tribunal can intervene and decide on the dispute.

In the case of NFTs, no set of rules are being applied. Since ownership is determined by a unique code or through minting, which isn’t covered by any law (as of now), the buyer can’t prove the genuineness of the artwork unless it’s authenticated through a traditional method.

What makes an NFT art “authentic” is that it's minted before it can be sold online. Normally, authentication of a thing or property can be proved in a certificate of title, in which printing and registration are paid at the expense of the seller.

Here, minting an NFT will also cost you money, except that it’s far more expensive in addition to commission fees when you sell it in a marketplace.

Fees vary based on where you’ll be selling them, but usually, minting would cost around $100 to $150 with 2 to 7 working days to be approved. Let’s say you sell an art for $500, 20% of that will be deducted from the commission fee and $100 from the minting. It can be comparable to applying in a bank or a KiwiSaver account where you pay for registration and other fees before you can verify your account.

Since NFT is traded on the Ethereum blockchain, the main cryptocurrency in buying and selling non-fungible tokens, the price can fluctuate depending on the market changes.

Interested buyers can go around social media to look for NFTs sold by their favourite artists. Meanwhile, some NFTs are being launched in an online marketplace that’s dedicated to selling one-of-a-kind art pieces.

Doja Cat, for example, is about to open her own marketplace called Juicy Drops where she will be selling her collection of sound recordings as NFTs. According to her, this is one way to have control over her music.

“I want to be able to make all decisions related to my creative vision and help other artists do the same. My ownership also allows me to direct how we can give back to causes that I truly believe in.”

You can shop for NFT from these top NFT marketplaces where you, too, can start selling:

Is NFT bad for the environment?

Although NFTs can reduce shipping and delivery costs, they could, on the other hand, have a great impact on the environment. For a blockchain to operate, it uses a lot of electricity, which in turn releases a lot of carbon emissions. This is why some artists are still contemplating whether to sell or cancel future NFT projects after environmental debates brought about by blockchain technology.

For the average person, the concept of non-fungible tokens can still be very confusing. It offers a certain value especially for new artists (and ultimate fans) who want to promote their creations across the world. It may not be the most practical thing to sell or own, but there’s no denying that NFTs could potentially be an alternative in trading goods and services in the future.