Gigabit Broadband NZ - What is it and how fast is it? 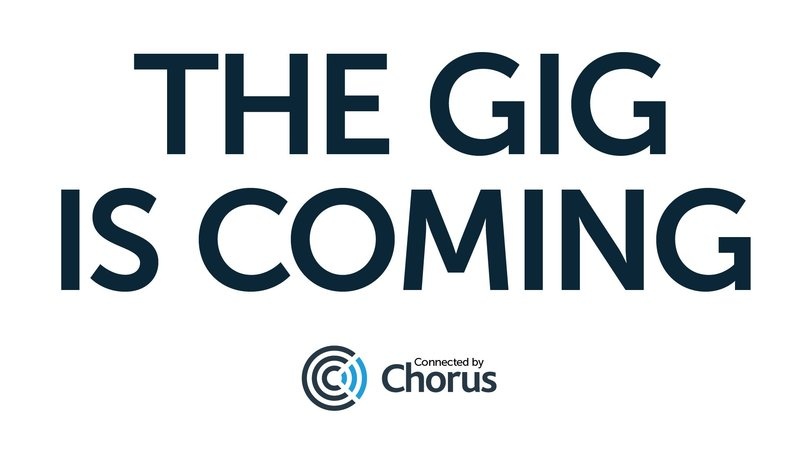 Recently, Chorus announced that it will be extending its one gigabit (1Gbps) residential and SME business fibre broadband service across its entire Ultra-Fast Broadband (UFB) footprint from 1 October 2016. Other fibre providers have also joined Chorus.

This move follows after Chorus successfully launched its first gig services in Dunedin in February 2015. The company wanted to extend their gigabit broadband services nationally for a long time. It will be possible to connect to gigabit broadband from October on any UFB connection.

So what is Gigabit Broadband?

Gigabit broadband is an ultra-high form of high speed Internet which is capable of providing download speeds of 1GB (gigabit) per second (Gbps). This download speed is the equivalent of 1000 Mbps where the average download speed across Chorus' networks is 30.5 megabits per second (Mbps). Gigabit broadband offers real world download speeds approaching 1,000Mbps and uploads of up to 500Mbps. This is the equivalent to uploading 25 high resolution images to Facebook in under five seconds; downloading 25 MPg3 songs in a second or streaming ultra-HD movies to 40 different devices simultaneously. Pretty sweet, aye?

However, the gigabit broadband service will at the maximum speed the network electronics allows today, which mean we will see the download speeds between 900Mbps and 970Mbps and upload speeds of up to 500Mbps.

How fast is Gigabit Broadband?

Well to put it in perspective for you, note this is all estimates, you can:

Alternatively, hopefully this video will be able to explain. Watch it here.

What are the benefits?

In a recent article by stuff, Taryn Hamilton - consumer manager at Orcon, said gigabit broadband would make a difference to homes where four or five people might be simultaneously watching different Netflix channels and gaming.

However, John Butt, chief executive of Wellington-based broadband testing company TrueNet, thinks otherwise. He says gigabit broadband offered no advantages over 100Mbps UFB when browsing the internet or watching video. That is because video streams, including Netflix and YouTube, "max out" at about 5Mbps.

"100Mbps is more than enough for four HD or 4K TVs and how many households have got more than four people watching TV on different channels at once?”, he said.

Buffering on existing higher-speed UFB connections would be caused by bottlenecks outside the home. "If you have got two customers on it, they are going to be competing for that. We only ever saw speeds of 200Mb or 300Mb and the reason is 'backhaul' and congestion at the server.”, Butt said.

Nicholas Keegan, marketing manager at MyRepublic, said when people clicked to watch a 4K video stream on a 100Mbps connection that may cause some buffering for other users in the home. This is due to preloading the video, grabbing a chunk of it for “headroom” before it started playing. Another point, he mentions, is perception. Some people will just want the latest stuff. "This is the first time really that your home is not the point of contention. The performance you get is going to be limited by elsewhere on the internet, which is a pretty big milestone.”, he said.

So there you have it. It seems that the benefits are marginally better and only are worth for extreme users or those who want the latest and best thing that is available on the market.

And if you do want the latest one gigabit broadband connection, make sure to compare it with glimp by going here: Compare Gigabit Broadband Connections Now.