All About Dogecoin: From Meme To Top Cryptocurrency 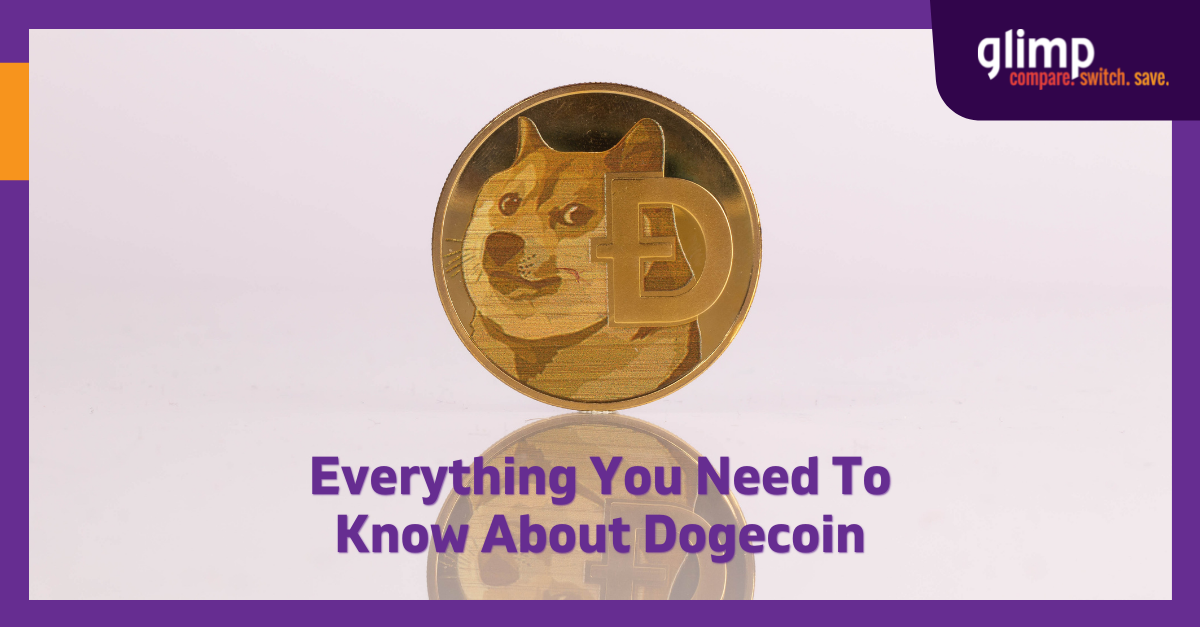 Don’t take memes seriously, they said, but Dogecoin will have you believe otherwise. What started as a meme in 2013 has grown into a profitable cryptocurrency worth nearly $50 billion and growing!

Software engineers Billy Markus and Jackson Palmer developed dogecoin as a faster but “fun” alternative to Bitcoin. From the name itself, it features the internet’s favourite dog — the Shiba Inu doge — that comes with a bad spelling habit. The meme swept every social media several years ago.

It almost sounds like a joke with how this meme Bitcoin rose to be one of the most famous and successful cryptocurrencies in the market. But, how exactly did this happen? How does it work and should you invest? Is Dogecoin even future-proof?

Dogecoin — more commonly known as Doge — is a cryptocurrency, like Bitcoin, Ripple, and Ethereum. It can be bought, sold, and invested like any other digital money. What’s unique about Dogecoin is it doesn’t have an upper limit, unlike other cryptocurrencies in the market!

For starters, Bitcoin is limited at 21 million as the number of digital currency in circulation. This figure is expected to be achieved by 2040. On the other hand, Dogecoin does not have an upper limit. It’s estimated that there are currently more than 129 billion doge coins in circulation!

Nonetheless, it still runs on Blockchain technology. Put simply, the blockchain is an encrypted ledger that produces, tracks, and manages digital currencies. This works like a “receipt” that's verified by a decentralised network. It also uses cryptography to make every transaction encrypted and irreversible.

How does Doge work?

Dogecoin uses Scrypt encryption algorithms for fast and affordable online transactions. While it can be used to pay for goods and services and trade for other currencies, it’s usually used to “tip” other content creators. It has strong community support on Reddit, so you can always know the trends and developments about Doge.

How did Dogecoin rise to the top?

So, how did this meme rise to become among the top 10 cryptos according to CoinMarketCap? Doge has been a joke for many years, but it has risen in popularity as people look for other adoption of Bitcoin. However, this has been famous mostly among traders only.

One of the biggest and most prominent contributors to its rise to mainstream popularity is Elon Musk. The Tesla CEO has tweeted to his over 50 million followers “SpaceX is going to put a literal Dogecoin on the literal moon” on April 1st. He also tweeted “Doge Barking at the Moon” with an attached photo of a painting by Spanish artist Joan Miró, further contributing to its rise.

It's also gotten a cult following on Reddit, where a group called SatoshiStreetBets decided to raise its value “to the moon”. This strategy is similar to the rally of GameStop shares at the start of 2021, initiated by the subreddit group WallStreetBets. Since the popular post, Doge’s value soared to over 600%.

With the internet parodying this meme and a slight push from famous people, Dogecoin has now become a full-fledged cryptocurrency in the market.

How can you buy Dogecoin?

As with any other cryptocurrencies in the market, you can usually buy them on exchanges like Binance and Kraken. Simply set up an account in an exchange where Doge is supported. They require some personal details like full name, contact information, and proof of identity before you can start trading.

Start by depositing funds into your account to buy DOGE. Do note that some exchanges only support USD. Other payment methods may require higher fees, especially on credit card payments. Before completing your transaction, make sure to review all details including the total cost of the purchase and the amount of DOGE you’re buying.

Can you buy Doge in New Zealand?

Of course! Plenty of exchanges support NZD as the payment method. Some crypto exchanges like BitPrime Cryptocurrency Retailer support exclusively NZD. Doge is widely available across New Zealand, so you can always start investing as soon as you want. Buy Doge from these leading exchanges in NZ:

How can you sell Dogecoin?

If you want to sell your Doge, simply look for the option to “Sell DOGE” on your crypto exchange. If you’re doing a currency exchange, it’s important to consider that you may not be able to get the currency that you want. If you want to keep them to sell them later on, you need to store them in a secure wallet.

The best wallets for Doge include:

Dogecoin vs other popular cryptos

How does Dogecoin fare against other popular and valuable cryptos like Bitcoin and Ethereum? What are their key similarities and differences? Is one better than the other? Take a look at this side-by-side comparison.

Is Dogecoin better than others?

All cryptocurrencies, including Dogecoin, are built on blockchain technology. You also have to mine them using a complex calculation of coins. Although they’re built on the same technology and work almost identically, they still have some key differences.

For example, Bitcoin is the most established cryptocurrency in the market, making it the most accessible as well. This is great for starter investors as you can get access to it using Paypal and Robinhood. Doge is becoming more widely available, but still not as much as Bitcoin.

Also, Dogecoin and Ethereum have an unlimited coin issuance which may lower the value of the currency. However, this hasn’t affected Doge from skyrocketing in value as it saw an increase from a half-penny a coin in early January to around $0.32 as of late April.

Is Dogecoin a good investment?

Dogecoin miners have been reaping huge benefits, according to the latest figures. Although its value has dropped over the past weeks, ByteTree data shows that miners had a pay of over $3.6 million on April 26th! This is a 4,575% increase since the start of the year. This is also amidst the higher transaction fees for Doge.

CIO Charles Morris added, “The market has been squeezed higher. I suspect many people who owned a few years ago have forgotten, leading to tighter supply than perceived.” This makes Dogecoin an excellent investment option, especially for those who have previously invested in other more stable cryptocurrencies.

However, this isn’t one-sided, all-positive for Doge. Many have raised concerns about the skyrocketing of its value in just a short amount of time.

What are the major concerns about Doge?

One of the biggest concerns about Dogecoin is its stability and longevity. Founder Jackson Palmer said in an interview with CoinDesk in March 2017, “New features aren’t being implemented into Dogecoin because there’s no active development anymore. Eventually, it will become outdated. And with that, the network will organically wind down.” Although he left the team in 2015, this has raised a lot of concerns for longer-term investments.

This can eventually cause the bubble to burst and you may be on the losing side if you don’t pull out your investments on time. The catch is, the crypto market is highly volatile and you never know what’s going to happen next.

Should you invest in Dogecoin?

Why not! But, make sure you invest at your own risk. As mentioned, Doge has a big possibility to burst, but people from all over the world are reaping major returns at the moment. It’s always important to study the market trends and conduct your own research before putting your money to it.

If you’re a bit sceptical about investing in Doge, there are always other cryptos to choose from. They’re more stable and more widely available, given their longevity in the market. Nonetheless, get started by using a trusted international money transfer service with support for crypto exchanges. This guarantees you an accurate computation for your money and returns.