The Most Common Cryptocurrency Scams And How To Avoid Them 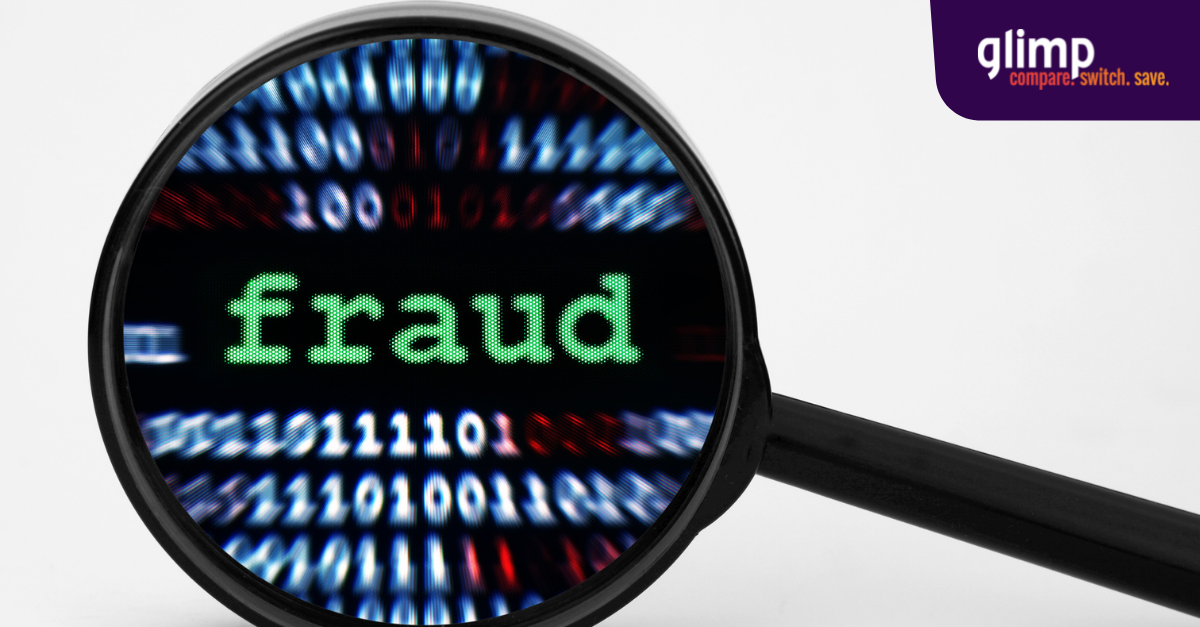 In September 2020, almost $150 million worth of crypto was stolen after an attack on the KuCoin exchange hot wallets.

Scammers are doubling up on their cyberattacks, especially as people from all over the world are joining the crypto craze. Apart from learning the workings of crypto, it's also very important to stay updated with the latest scams so you don't lose your precious, hard-earned money with these fraudsters.

Read more about the most common cryptocurrency frauds, and real stories of those who fell for them.

How much money is lost through these crypto scams?

It’s hard to get an estimate, especially as cryptocurrencies aren’t regulated in New Zealand. However, figures from other countries can help determine how extreme these scams are. As cryptocurrencies are still unregulated for most of the world, these figures may still not be accurate and in real-time.

In the US alone, almost 7,000 cases have been recorded by the Federal Trade Commission (FTC) — an independent US agency — for five months leading to March 2021. This is 570 more than the same period last year. When it comes to losses, these scams have grown tenfold, now worth over USD80 million.

People aged between 20 and 39 were hit the hardest. This represents about 44% of the losses recorded by the FTC. The reports showed that the median loss is about $1,900, and peak celebrities back their investment return claims.

How do fraudsters trick you into these scams?

Although most people who invest in cryptocurrencies have a wide knowledge of digital investments, old tricks still work. Many people still believe sketchy companies or advertisements that make themselves appear more credible. Nonetheless, some people believe that they can outsmart fraudsters in their own game, with their knowledge about cryptocurrency.

If you’ve fallen into one of these tricks, it’s best to avoid them in the future. Take a look at the most common crypto scams and some of their best examples.

It’s hard to believe that scam emails are still prevalent and still work this 2021! As long as the body looks credible, most people don’t look at the sender of the email anymore. They click any link with confidence, even if they don’t work most of the time. However, it’s exactly how they work to pry into your data without you knowing.

As a rule of thumb, don’t click any links on the email. Always recheck all the details about the email — from sender address, CC, and BCC, to company logo, links, and grammar. Always be cautious about finance-related emails you get.

Through various hacking and phishing tactics, the contact information and order details of almost one million Ledger users were compromised. What’s more, crucial information like the complete name, address, and phone number of over 9,500 customers were also exposed.

To help you better manage your crypto investments, there are plenty of available tools that are free to download on the Google Play Store or Apple App Store. However, this may backfire if the app isn’t credible. You may compromise your data unknowingly by linking your crypto wallet or exchange in the app.

Fret not! Operating systems are doing their best to phase out these fake mobile apps. Although, it’s still best to double take whenever you link your crypto account. Read reviews and assess whether these are authentic or paid ones from hackers.

Example: A victim losing over 300k to a lookalike app

A Utah-based man named Brandon Larsen downloaded an app from a third-party website associated with the one that he uses. Being connected to the website, he downloaded the app unknowingly and gave access to his crypto wallet.

Turns out, it’s a fake app. He lost USD384,006 through the app. He already accepted that he cannot get his money back, but not after 'shedding a lot of tears'.

Knock-off websites are old but gold. By simply copying the logo and the name of the company, a lot of people click the link without hesitation. What’s more, a lot of these websites even get a ‘secure’ badge or ‘https’ from major search engines. This gives investors confidence about the website, even if the domain can be a bit sketchy.

Of course, you can’t beat experience and intuition when it comes to detecting fake websites. One major indicator of a disguised website is that it's redirecting you to another link. While this is a common practice and often harmless, you may have to double-check where you’re being redirected.

Example: DubaiCoin is an elaborate scam from a website

Media authorities in Dubai have picked up the launch of DubaiCoin by the Arabian Chain Technology. Different trading platforms are supporting this new cryptocurrency, with a starting value of USD0.17. However, Dubai Electronic Security Centre said it was never approved.

“The website promoting the coin is an elaborate phishing campaign, designed to steal personal information from its visitors,” the company said. They also warned people from scammers trying to lure them to cash in their money for great returns.

Be careful who you follow on social media. They may be impostors, who just want to loot money from your crypto exchange. Don’t simply trust advertisements that give you free Bitcoin for joining a class or signing up for an online course to grow your current investment. It’s most likely a scam or bots impersonating the influencer.

Don’t be fooled with comments either. These can be bots or paid trolls, aiming to trigger you into sharing your cryptocurrency information. Remember that the number of likes and followers doesn't mean the social media star is credible about crypto.

Hearing a giveaway about crypto from Elon Musk, the majority of the people will have no doubts about it, being the prominent person that he is. A group of scammers saw this as an opportunity to scam other people.

According to the FTC, at least USD2 million worth of investment has been stolen for six months. A group acting like the Tesla CEO promised to multiply the cryptocurrency, but they kept it in their pockets instead.

A pyramid scam convinces new investors to cash in their money for a promise of high returns. Usually, a promoter who has received a return introduces new people to the scheme. The catch is, these returns are the money of newer investors. As they’ve already received a payout and continue receiving them, they encourage people to this scam.

It can be a bit tricky to determine whether a website is a part of a pyramid scam. One of the biggest red flags is sounding too good to be true because it probably is. Unless it involves under-the-table transactions, it’s impossible to grow your money tenfold in over a week!

Example: An Auckland woman scammed by her co-worker

A mother of two in Auckland was lured into giving $5,300 to her co-worker of 12 years. Having known for so long, she trusted her words, which promise a glamorous life of owning houses, cars, and even quitting their jobs. A part of this money was from her sons, registering them as a member of OneLife.

After attending the seminar, she decided that crypto investment isn’t for her. However, her co-worker refused to give back her money because it was already “too late” and she already verbally agreed to the terms and conditions. She was able to receive a refund of $3,000 — the money she put in on behalf of her sons. However, she wasn’t able to receive the $2,300 left.

Of course, malware and cyberattacks are very alarming. Especially as the exchange contains hard-earned money, almost anyone will do their best to avoid their data being stolen. Scammers saw this as an opportunity to create panic and get your personal information. This is very dangerous as not a lot of people understand how malware works.

Some of the most common tactics involve creating fake cyberattacks. Then, fraudsters distribute fake emails to ‘secure’ your data. On the other hand, some hackers hack an important system, then ask for a ransom — payable through cryptos — to restore it to normal.

Just last May, Waikato District Health Board was the subject of cyberattacks. With the amount of data and the information they’ve targeted, it would likely result in a ransom of seven to eight-figure cryptocurrency, payable through Monero or Bitcoin.

What are foolproof ways to avoid these scams?

Investing in cryptocurrencies has a very high risk, but it’s not the end of the world. With the right knowledge and tactics, you can minimise these risks and prevent yourself from falling into these pesky scams. Here are some foolproof ways to do it.

Study the risks and how to manage them

All investments have risks, and you can’t eliminate them completely. What you can do is get to know all these risks. Read the latest news and trends before you cash in money. Don’t simply invest or sell your cryptos because it’s the hottest thing right now. Remember that there are two sides to a coin, and what may fall into your hands is the negative side.

Only invest what you’re willing to lose

A scam becomes more drastic because most people pool their money more than they can afford to lose. That’s why when a cyberattack happens, you hear stories about losing their life savings or being indebted for the rest of their lives. You must invest only what you’re willing to lose. Otherwise, you may be putting yourself at higher risk.

Don’t get blinded by flashy deals

As mentioned, if it sounds too good to be true, it’s because it’s fake. All investment takes time, and nobody earns big returns within a week. Set your expectations realistically — be it returns, losses, timeframe, and more. A little bit of distrust with the deals you see on the web goes a long way and may even reap better results.

Heighten the security of your tools

It’s common knowledge not to share your private keys. Another common practice is to enable two-factor authentication. This is an additional layer of security, which acts as a backup if the other one gets compromised. You may also activate security questions for better protection. Don’t share the answers on your social media as they can be accessed by hackers with ease.

While you’re at it, invest in the right cryptocurrency that works well for you. Make sure you have the right crypto wallet or exchange that matches your needs. Be it Bitcoin, Monero, Ethereum, or Ripple, you can compare them right here at glimp!