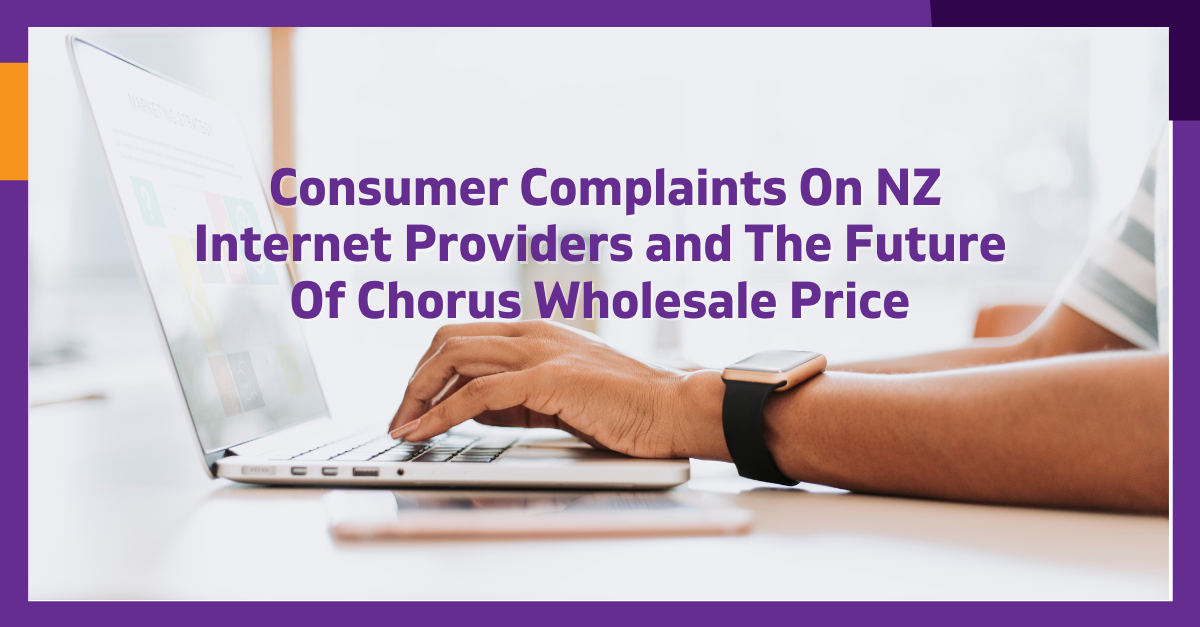 The future of Chorus is in the hands of Telecommunications commissioner Tristan Gilbertson this year as he will need to make a decision whether the provider must be forced to cut their expenses, or allow to increase the wholesale price of ultrafast broadband. He’s also expected to release guidelines that will guarantee transparency from internet providers regarding the options available for the 30% of consumers residing in UFB areas that may be forced off the copper phone network starting September.

Another big task for Gilbertson is to figure out the growing complaints of consumers on telcos despite his claim that they are not trying to take advantage of the customers’ trust. Despite the possible increase on broadband pricing, Gilbertson reassures that the industry is going to be alright.

According to him, unlike the dogmatic approach to a policy of light-handed regulation and the difficulty in dealing with the incumbent Telecom and their agenda without access to any of the regulatory tools in the past, New Zealand has become a world leader in terms of next-generation networks and industry structure and regulatory design, and how wholesale-only access model, together with UFB as a co-investment vehicle has been proved to be making changes.

What does this mean for consumers?

Gilbertson, based on his experiences, is aware that he will not be able to please everyone this year. Starting next month, the Commerce Commission will give a draft decision on the price that Chorus will be allowed to charge internet providers for its standard 100 megabit UFB service from 2022 onwards, under a new regulatory regime.

Technology Users Association (Tuanz) chief executive Craig Young expresses his concern on the "digital divide" that might occur if the commission's new wholesale price of UFB isn't enough to get people to stay connected.

In response, Chorus spokeswoman Holly Cushen said that while Tuanz's concern about the price is understandable, it's important to note that broadband prices in New Zealand are already competitive.

Spark is currently in disagreement with Chorus, accusing the latter of overestimating and loading too many unrelated costs into the price calculation for the regulated service. Supporting this accusation is the fact that Chorus has incentives of up to $800 to encourage internet providers to convince customers to convert to UFB from their rival networks such as fixed-wireless.

Young argues that the commission's inputs are too technical that consumers might just end up making their own judgment call whether to trust or not. Gilbertson might be laying down some firm ground rules for the whole industry. He also stated his plan to avoid feeding frenzy for uninformed customers once the shutting down of Chorus' copper network in areas where UFB is high begins this coming September.

One concern by the commissioner is the possibility that customers' decision-making might be jeopardized with incomplete and inaccurate information. They don’t want customers to think that copper is being taken away when that is not the case at all, at least for now, or providers being told they must switch to fixed-wireless and that it’s a great substitute for fibre.

The possible outcome would be a set of guidelines discussed and agreed with internet providers on what to do and what they can and can't do in their marketing.

What changes can the consumers expect?

While the number of complaints has doubled over the last five years, Gilbertson sees the rising complaints as an opportunity to step up their game and improve the service quality in the industry. It's an opportunity for them to unpack complex issues and propose practical solutions. The commission started last October, consulting consumers to identify the root cause of the issue.

One initiative would be an overhaul of the Telecommunications Disputes Resolution Scheme to make sure consumers have all the information they need to make better, well-informed choices in a competitive market. Second would be that mobile users will be given an annual summary and 12 months usage and spending information in an easy-to-understand form from their telco, including a prompt to check if they have the best plan, and comparison tools that are expected to make a difference for consumers.

If you’re thinking of changing your provider or switching to a better plan, no need to wait for a comparison tool as there are already options available for you online!

Try glimp’s comparison tool today and find the perfect plan for you based on your needs and location!