Wind Power: Is This the Future of Energy

Wind power is considered a clean, effective source of renewable energy. Since wind energy is free, the operational costs are almost zero once the wind turbine is erected.

Since wind power is offering a sustainable renewable energy, the wind industry has had a significant growth over the last decade. So, it is not surprising why companies and governments support several power deals involving wind power.

Due to technology and mass production advancement, the making of turbine becomes cheaper. Thus, many governments continue to offer tax incentives to spur wind-energy development.

How Does Wind Energy Work?

The wind is a movement of air coming from an area having a high pressure to an area with low pressure. The wind exists due to an unevenly heating of the sun to the Earth’s surface.

Once the hot air rises, the cooler air moves in order to fill the void.

Most of the wind energy is coming from the turbines. The wind turbines can be as tall as a twenty-story building and can have three 60-meter-long blades.

It works when the wind starts to spin the blade, which will turn the shaft connected to a generator which is responsible for producing electricity.

Wind farms usually have tens up to hundreds of turbines being a line up together in the windy parts.

Smaller turbines that are erected in the backyard can produce sufficient electricity for a small business or single home.

How Is Wind Power Beneficial?

Over the past decades, wind energy is known for its many advantages making it the fastest growing energy source in the world. For a better understanding of its benefits, below is the list of advantages of wind power.

As mentioned above, wind energy is an excellent option if you are looking for a clean fuel source. It does

not pollute the air when power plants are relying on combustion of fossil fuels like natural gas or coal. Thus, wind turbines do not produce atmospheric emissions that cause greenhouse gasses or acid rain.

Businesses or households looking for a cost-effective solution when it comes to lowering the power bill,

often opt for wind energy. It is among the lowest renewable energy technologies that are available today.

It can cost between 4 to 6 cents per kilowatt hour, which will depend on the wind resource and the project

Wind can be in the form of solar energy wherein it is caused by heating of the atmosphere due to the sun,

rotation of the earth, and irregularities of the Earth’s surface. As long as the sun continues to shine and the

wind continues to blow, wind energy can be produced to send power across the grid.

Wind turbines can be easily built on existing ranches or farms. This is beneficial to most of the rural areas

since most of the wind sites are found. Thus, wind plant owners can offer rent payments to the farmers or

ranchers for the use of the land. 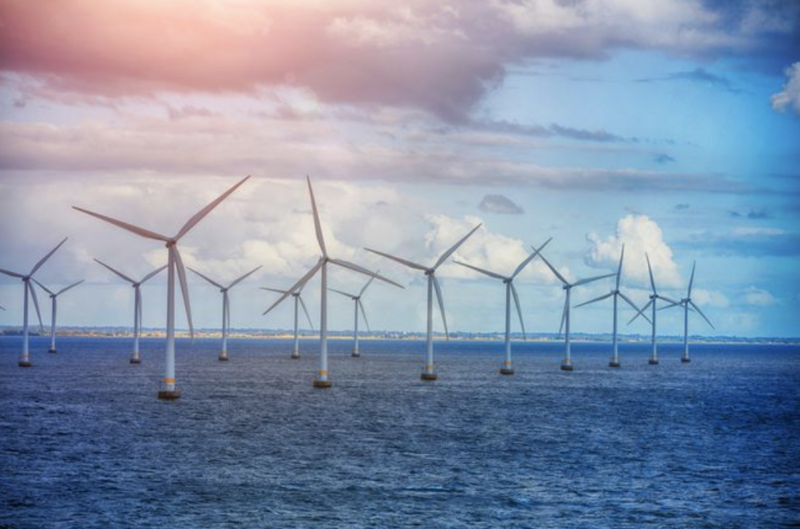 The downsides of Wind Power

Although wind power has its strong points when it comes to fuel energy source, it does not necessarily mean that it is already free from drawbacks.

Although the installation cost of wind turbines can be reduced over time, they are still expensive.

When it comes to offshore wind farms, the costs can be greater, too. The installation of the structures out

of the sea is more complicated than on the land.

others don’t. These people consider them as a disfiguring mark on the landscape.

Wind turbines can sometimes generate noise pollution. People nearby the wind farm can hear the noise or

even they are a hundred meters away.

The threat to Wildlife

Wind turbines are believed to be dangerous among flying animals like birds and bats. These animals have

been killed when they flew into the rotors. However, researchers now believe that turbines become less of

a threat to wildlife when compared to other human-made structures like radio towers and cellphone masts.

Although wind energy is sustainable, still the wind is not always blowing. As a result, it can result in serious

problems like spending more time and money just to find a suitable site.

A growing number of homeowners and business owners in New Zealand are turning to renewable energy sources. This is because both wind and solar power depend on the volatile forces of nature.

Below is a comparison table to determine the significant difference between the two renewable energy sources.

Solar panels offer more consistent energy and do not include moving components, as wind turbines do. Most of the homeowners in New Zealand prefer using solar energy while there are an increasing number of commercial establishments who are moving to wind power.

One benefit of wind power over solar energy is that turbines can generate power within 24 hours since they are not dependent on sunlight. It is considered to be more efficient than solar energy since it uses less energy and releases less carbon dioxide.

However, solar power is outperforming wind power because it becomes a common energy source for everyone. Thus, it can be used in highly populated areas and does not require sky-scraping positioning.

Will We See Wind Turbines Everywhere in the Future?

Throughout the advance development of wind turbines, it is not surprising to see more of them in the future. More people and companies prefer this renewable energy source due to many advantages. Thus, the growth of the wind industry continues to boom because of discoveries in improving the operation.

Today, there are different types of wind turbines. Here are a few of them:

The wind energy industry continues to grow, and this is because of the global efforts to overcome climate change. Experts in the industry predict that if wind energy industry will continue to boom, by 2050 almost one-third of the electricity needs of the world can be fulfilled with the help of wind power.

Used this to compare mobile offerings in NZ - it was useful, though it would be better if it had better filters so that you could specify the range of features you wanted (e.g. rollover of both types, minimum xx GB, xx mins per month). Without these parameters you have to manually read through them all, though it was laid out neatly enough that this still wasn't super hard.

Thanks so much for your help. I hope the service from my new provider will be as painless as your service of finding the best deals in town. Super fast and links actually works! Cheers