Bitcoin Plummets: Should You Pull Out Your Investments? 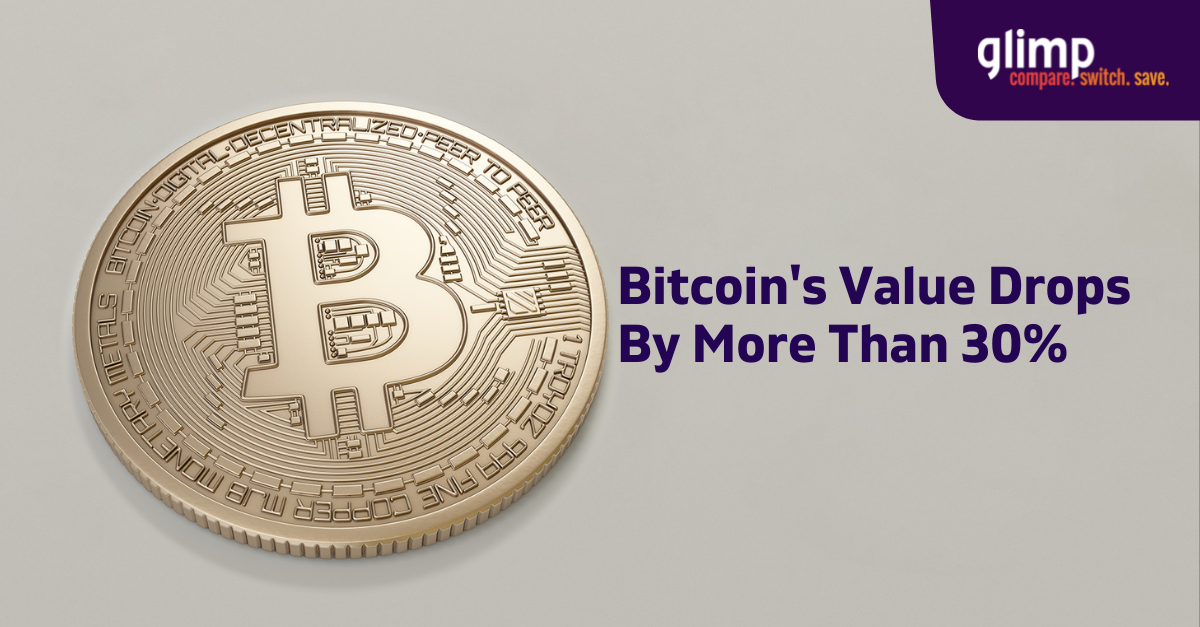 Over the last few weeks, Bitcoin has been constantly dropping in value. Aspiring investors have been having a field day as they can now kickstart their entry into the competitive crypto market. However, this may actually be short-lived. While it’s normal for crypto to experience occasional drops, Bitcoin’s fall has been very alarming.

Just this week, Bitcoin has lost over 19% in value, with one coin valued at only US$36,841.20 or NZ$50,486.81. It’s bad news for long-time investors because Bitcoin is known for its stability. The warning issued by the China Banking Association about crypto investment hasn’t helped with this either. At one point after the announcement, the crypto has fallen over 30%.

This constant drop has stirred a lot of questions about whether Bitcoin can come back up and become more stable for long-term investments. Some investors aren’t taking any chances and are pulling out their money before it’s too late. Should you pull out yours, too?

How did Bitcoin’s value rise?

To know whether you should pull out your investments, it can be helpful to go back in time when Bitcoin was only starting to gain traction. In December 2017, Bitcoin reached an all-time high of USD19,783.06 since its inception. The day after, it lost almost 30% of its value and another 50% in the next 16 days.

Since then, Bitcoin’s value has been steadily increasing and decreasing. Just early this year, it skyrocketed to over 700%. In February, its value reached $64,000 and $61,000 on March 13. Since then, Bitcoin has been experiencing double-digit drops.

It's not just Bitcoin

Regardless of which crypto, you will surely see several drops in value. But, why are cryptos dropping in value? What’s exactly happening in the crypto market?

Why did Bitcoin and other cryptos drop?

Almost all cryptos have quickly got back up. The harm didn’t last long — after all, it’s normal for them to fall occasionally. However, Bitcoin has been finding it hard to rise again, but why? You can attribute this to Tesla CEO Elon Musk.

How did Elon Musk contribute to the fall of Bitcoin?

In February of this year, Elon Musk announced its USD1.5 billion Bitcoin investment in Tesla. A month after, the electric car company started receiving Bitcoin as payments. That’s the reason why the crypto spiked in value early this year. He also promoted Dogecoin, which has skyrocketed its value as well.

However, Bitcoin didn’t age well with the tech CEO. A few weeks after his initial announcement, he said Tesla won’t be accepting Bitcoin as payments anymore. He cited the harmful environmental implications because of Bitcoin mining. After the announcement, Bitcoin fell below $50,000 almost immediately.

This has caused a ripple effect of investors pulling their Bitcoin investments in the crypto market. Despite the backlash, Musk reaffirmed his decision. He even added a series of tweets to impose his decision.

Is Bitcoin mining really that harmful?

Since Bitcoin has only been around for a few years, it’s hard to give conclusive evidence. Billionaire Mark Cuban still supports the crypto as he believes that gold mining causes more damage to the environment than Bitcoin mining.

Fortunately, different researches are now in the works to find out how harmful Bitcoin and crypto mining really is. One study in 2020 conducted by the Technical University of Munich and the Massachusetts Institute of Technology reveals that the carbon dioxide emission of Bitcoin is equivalent to Western cities like Las Vegas or Hamburg. However, a study released by the University of Cambridge found that 39% of crypto mining was proven to be generated using renewable energy sources.

How are other companies responding to the Bitcoin drop?

As a big supporter of Bitcoin, Twitter CEO Jack Dorsey still supports Bitcoin in his digital payment company, Square. Overstock.com, BNY Mellon, and Mastercard have been laying out or have laid out some type of systems for cryptocurrencies. More and more companies are looking to accept cryptos as payments.

Of course, different organisations have also been skeptical about crypto and its volatility. Federal Reserve Chair Jerome Powell prefers to call all cryptocurrencies, “crypto-assets” because it doesn’t support the basic function of physical money — to store value.

Can Bitcoin’s volatility affect the economy?

According to the latest estimates, more than 300,000 daily transactions are made using Bitcoin all over the world. This makes it one of the most-used cryptocurrencies, although it’s still far behind cash and credit card payments. Certainly, it can affect the economy if ever it were to crash completely, albeit minimal.

The digital currency market  — including all cryptos — is currently valued at around USD1.72 trillion, according to CoinMarketCap. However, this is nothing compared to the staggering value of the stock market at USD46.9 trillion, the real-estate market at USD41.3 trillion, and the treasury market at almost USD21 trillion early this year.

The chances of it affecting a very stable and competitive global financial economy is mostly “limited at present,” according to the European Central Bank. The occasional drops of Bitcoin and other cryptos isn’t something to worry about, especially on a bigger financial scale.

So, should you pull your investments out of Bitcoin?

Ultimately, it’s your call. As seen from previous records, Bitcoin can quickly rise, quickly fall, and quickly rise again. Although Bitcoin is more stable than other cryptos, it’s still very volatile compared to other financial systems.

If you can manage your way through this drop, don’t pull out your investments. Its value may rise, and you may hit the jackpot! However, if you can’t afford any more losses from plummeting Bitcoin, take out your money now. It’s risky, but it’s wiser in the long run.

Invest in other financial systems as well

If you want to keep your Bitcoin investment, there’s no stopping you. Just remember not to put all your eggs one basket. In simpler terms, diversify your investments! In case one market crashes, you'll have something to back you up. Otherwise, you're setting yourself up for huge disappointment.

Be it KiwiSaver, stocks, insurance, or term deposits, glimp can help you find the best rates and tools to help you manage your finances more wisely. Get the financial tools that match your needs and situation by using our comparison tool.

Use glimp to compare offers and find the best KiwiSaver Scheme for you!