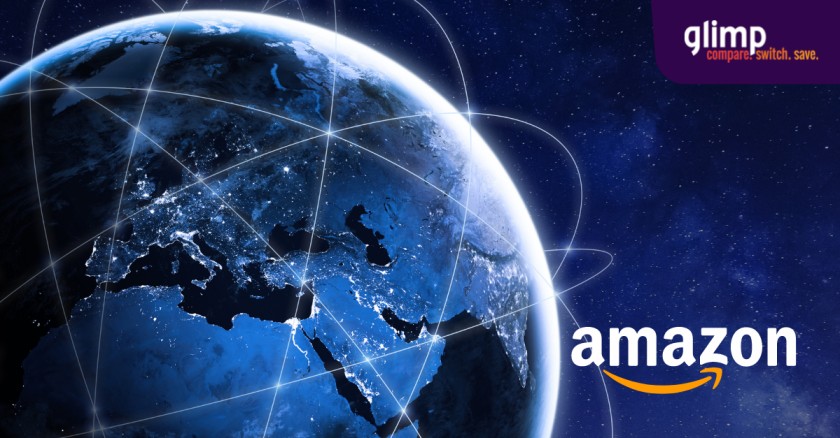 Amazon is joining the space internet club, as they are to launch two test satellites into low earth orbit (LEO) by the end of 2022. This is part of the company’s long-term goal to launch 3,236 satellites by 2029, forming its Project Kuiper constellation.

The retail giant acquired a licence with the US Federal Communications Commission (FCC) to launch KuiperSat-1 and KuiperSat-2. As an FCC condition, they have to adhere to deploying at least 1,600 satellites by 2026. ABL Space Systems is set to deliver these satellites through the RS1 rocket, launching from Florida’s Cape Canaveral.

What is Project Kuiper?

Project Kuiper started in 2019 with a budget of $10 billion for the development and launch of its satellites into orbit. The initial launch in Q4 of 2022 is set to test their phased array, parabolic antennas, power and propulsion systems, custom modems, and receiver terminals.

Once the project starts, it aims to provide broadband and backhaul services with speeds as fast as 400Mbps, according to recent tests. It should also help the company’s existing services, including Amazon Web Services (AWS).

“We’ve invented lots of new technology to meet our cost and performance targets for Project Kuiper. All of the systems are testing well in simulated and lab settings, and we’ll soon be ready to see how they perform in space,” Vice President of Technology for Project Kuiper Rajeev Badyal said.

Read: Elon Musk’s Starlink Now Available For Pre-Order In NZ: All You Need To Know

Amazon filed a two-year licence with FCC to control its machinery and satellites from its ground station in McCulloch, Texas, as well as regional stations in South America and Asia-Pacific. After the initial launch of their two test satellites, they will officially deorbit in 2023.

To further the completion of the Kuiper constellation, the e-commerce company acquired Facebook’s satellite team last July and finalised its partnership with Verizon to utilise its backhaul services.

“Amazon will play a central role in the next generation of space infrastructure, and we're proud to have been selected as their launch partner for these critical early flights,” CEO of ABL Harry O’Hanley said.

How does it compare against Starlink?

Amazon’s Project Kuiper isn’t the only LEO satellite broadband in the market. Earlier this year, Tesla launch SpaceX’s Starlink in over 14 countries including New Zealand. It connected farms, district offices, rural areas, and households across the world.

According to real-world testings of Kiwis in Southland, Starlink reaches up to 150Mbps download and 30Mbps upload. Considering the widely available ADSL broadband in the region only reaches 10/3Mbps, this lives up and even exceeds expectations.

Like Amazon’s space internet, their primary goal is to service hard-to-reach areas and deliver LTE and 5G connectivity. “Kuiper's mission to bring high-speed, low-latency broadband service to underserved communities is highly motivating for our team here at ABL,” O’Hanley noted.

Read: Starlink Satellites Over NZ Skies: What Do They Actually Do?

Of course, both are still in the early stages of their projects.

However, SpaceX has now enough satellites in LEO to start offering satellite broadband services around the world. Once both of these projects are complete, it’s a win-win, especially for people in rural areas.

Before ordering Starlink in your area, make sure you compare plans and see other deals.

What are other existing satellite broadband plans in New Zealand?

Check out satellite broadband providers in your area.